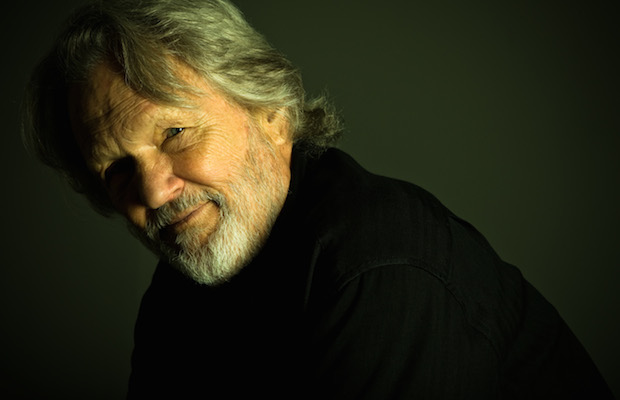 That’s right Nashville, THE legendary outlaw country all-star Kris Kristofferson is coming back to his adoptive home to play a not-to-be-missed solo acoustic set Saturday, Sept. 13 at The Ryman Auditorium, with all proceeds going to the Country Music Hall of Fame and Museum. Honestly, the $39.50-$49.50 price tag seems like chump change when you consider all that this man has accomplished, including being elected to the Country Music Hall of Fame, a multi-decade film career, penning classic genre-bending songs like “Me and Bobby McGee” and “Sunday Morning Coming Down,” and being a founding member of one of the original supergroups, The Highwaymen, which featured fellow legends Johnny Cash, Willie Nelson, and Waylon Jennings, who all also helped build their legacies in Music City.

Kristofferson essentially is Nashville (just as much as Johnny Cash), living and breathing life into Music City as part of the hugely influential Nashville writers collective that took root here in the late ’60s and into the ’70s. He counted Bob Dylan and poet Shel Silverstein as two of his many high profile friends; and trust us, that list of big name friends and acquaintances goes on and on and on. Normally we don’t dabble in the world of country music, but some artists transcend the silly little titles writers, critics, and fans file them under. Kris is a force of nature that doesn’t just make country music, Americana music, folk, or rock ’n’ roll. He creates timeless tunes that have inspired countless other artists and musicians, ourselves included. Head here to grab tickets beginning Friday, Aug. 15, at 10 a.m. to make sure you don’t miss out, because this show is damn near guaranteed to sell out. While you’re at it, click on after the jump for a little taste of what you can expect, and get ready to cross another name of your “must see” bucket list.