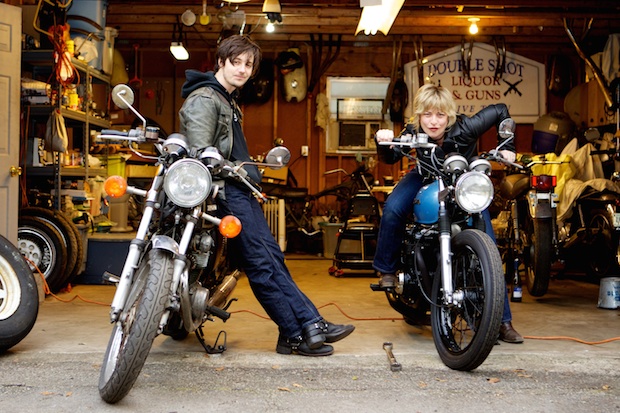 The Americana duo Shovels and Rope are set to open for Old Crow Medicine Show at the Woods at Fontanel on Saturday, August 23 and have a new album, ‘Swimmin’ Time’ coming out two days later. If you’re still sad over the not at all surprising announcement that the Civil Wars are officially calling it quits rather than just continuing their endless, angry hiatus, Shovels and Rope is a new rootsy folk duo for you to pin your hopes on.

Perhaps the fact that members Cary Ann Hearst and Michael Trent are actually married to each other rather than other people will help them keep it together for longer than the unfortunately aptly named aforementioned group. Shovels and Rope are opening for hometown string band favorites Old Crow Medicine Show and playing a late-night in-store at Grimey’s on the days leading up to the release of their new record, ‘Swimmin’ Time’ on August 25. Click through to learn more about those events and the self-described ‘sloppy tonk’ duo.

The multi-instrumentalist husband and wife team play gritty, down home roots music that will make them a perfect opener for Old Crow Medicine Show. The pair met and are based in Charleston, South Carolina, but Cary Ann was raised in Nashville and they seem to spend a lot of time in Music City, as ‘Swimmin’ Time’ was recorded here on Dualtone Records, and Shovels and Rope impressed Jack White enough to cut a 7-inch for Third Man’s Blue Series.

After opening for OCMS, the very busy duo is also doing a special in-store at Grimey’s at midnight on Sunday, August 24 just as ‘Swimmin’ Time’ is released on the following day. The first 120 people who go to Grimey’s and pre-order the record get on the list for that super intimate event, and ‘Swimmin’ Time’ will be worth a listen for anyone who’s into romantic Americana duos.