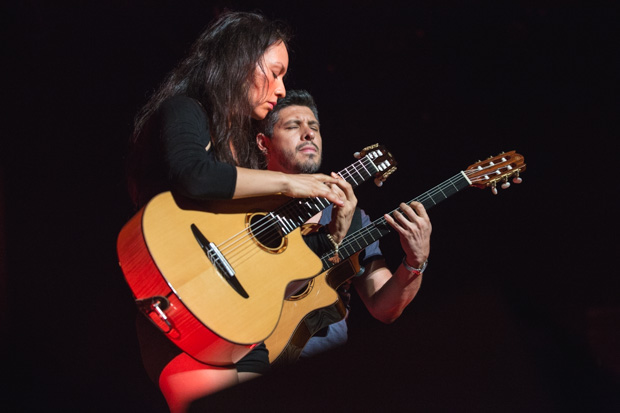 We were one of a lucky 2,600+ that made the pilgramage downtown to the Mother Church for guitar sensations Rodrigo y Gabriela on Friday night.  It was a night of jawdropping guitar work, playful stories, and a mid-show round of covers that kept the roaring crowd on their toes.  It was also our first chance to see Belgian singer-songwriter Milow.

Read on below for our thoughts on the show, and some great photos from Shawn Jackson of Sundel Perry Photography. 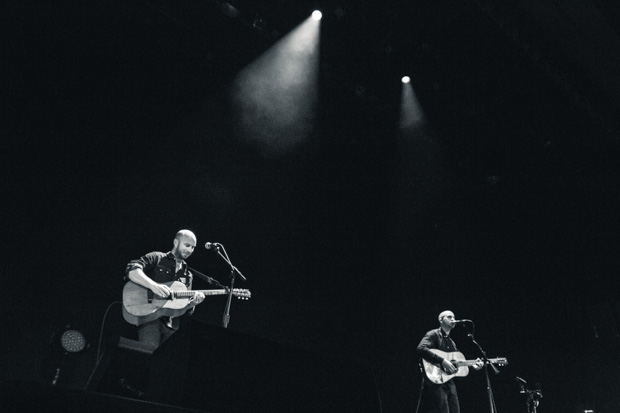 The humble playfulness of Milow, to start out the show, was a breath of fresh air.  We arrived late having met a group for a dinner that ran longer than anticipated, but made it in time to see the Belgian songwriter and partner Tom Vanstiphout standing on a dressed down Ryman stage.  The songs are simple enough, but it is the golden voice that has made Milow a household name in Europe.  The set was full of playful banter about dreams of success, and they finished the set off with a well-received a cappella song at the front of the stage.  This was our first introduction to Milow, but anticipate hearing more about this up and coming global phenomena.  Not to mention, we met Milow and Tom near the merch booth after his set, and he is just as playful in real life as his stage persona would suggest. 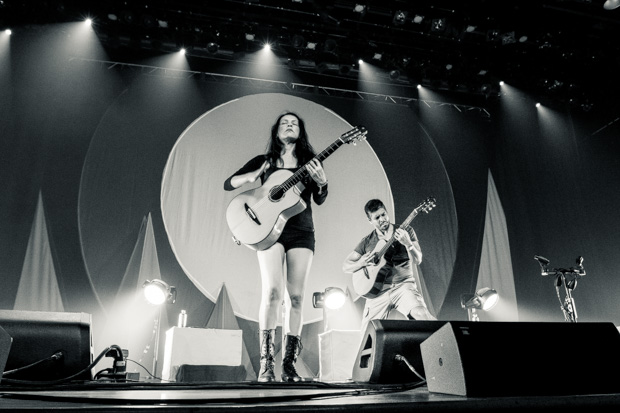 By the time Rodrigo y Gabriela took the stage, the crowded Auditorium was ready to erupt.  The dynamic Mexican duo were showing off their virtuostic guitar work from the opening lick, and didn’t take their foot off the accelerator until they had milked every last cheer and clap from the crowd.  Primarily an instrumental affair that weaves flamenco spanish style playing in with a clear nod to their love of metal, the set was also peppered with a few covers that show off a pretty decent voice from Rodrigo.  During the “covers” portion of the set, we got a least little tastes of “Plush” from Stone Temple Pilots, “Can’t Stop” by Red Hot Chili Peppers, “Breathe” by Pink Floyd, “Creep” by Radiohead, “We Will Rock You” by Queen, and a tiny tease of “Polly” by Nirvana.

But, this wasn’t a night about covers. The set up included a video montage that was running behind the stage that often highlighted with images of the influential people that inspired their last album 9 Dead Alive.  The set definitely featured a few new tracks, but also included stand out catalogue hits like “Tamacun”, “Diablo Rojo”, and “Hunaman”.  We said this a lot in the weeks leading up to this show, don’t miss the opportunity to see them live in the future.  It’s a powerful event!

The Cunning Drop Video For "Lonesome No More"