Readers, we recently had the distinct pleasure of attending a rather special show downtown. The evening was the first show ever at The Hatchery, which is the 3rd floor stage of Acme Feed and Seed off Broadway, which was enough by itself to make the event stand out in our minds, but quite a bit more happened. For starters, the group we witnessed, blues rock six-piece Hard Working Americans, played a very impressive set. Furthermore, the evening was set up as a benefit for the Shalom Foundation, a Christian organization that provides humanitarian aid to impoverished children across the world. Before we get into that, however, we’d like to set up the atmosphere of the evening by giving you a brief description of the venue. 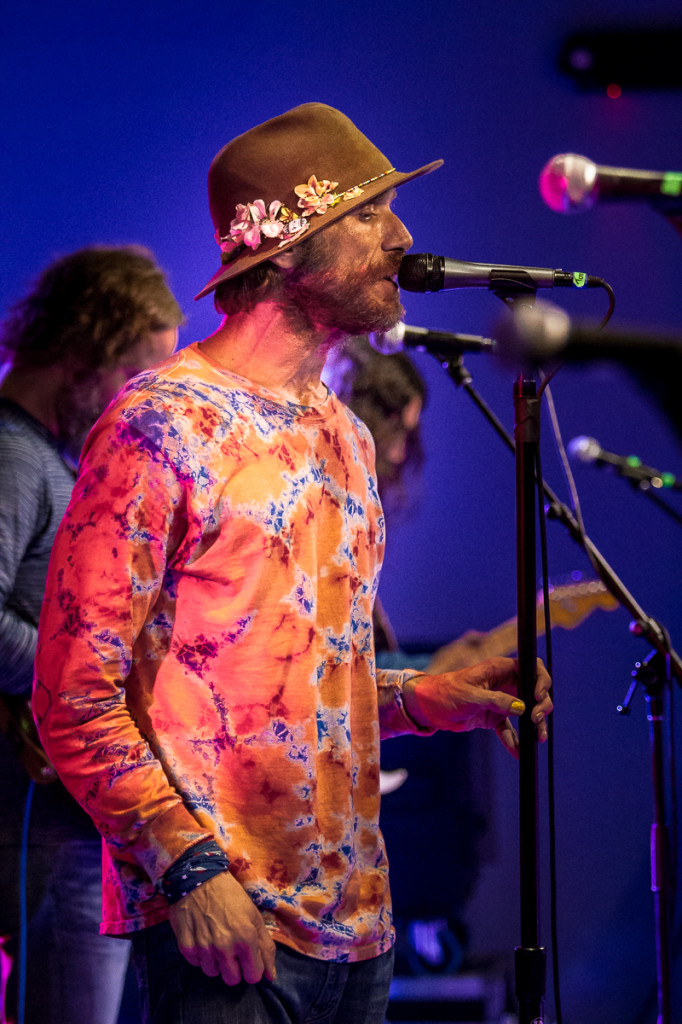 As soon as one walks in the door of Acme, there’s a stage that comes into your field of view on the first floor (it’s where we hosted Kansas Bible Company the other night, if you were at that). While that stage is fine and dandy, one must actually take an elevator to reach The Hatchery two floors above. It was here, in that elevator, that the first touch of luxury was provided: an actual elevator doorman, like in the 1920’s. The elevator attendant was dressed sharply, clad in a pressed suit, and spent the entirety of the evening asking patrons how they were doing and pressing the up bottom. While this might have been a bit boring for the elevator man, one would have never guessed it, and indeed he was but the first of many examples of excellent staffing throughout the evening.

Once one had arrived at the third floor, it was hard not to be struck with how big the space was. Sure, it’s no Marathon Music Works, but the upstairs stage is quite a bit larger than one might expect. The evening kicked off with a blues trio of grizzled, older musicians by the name of TAR (Guthrie Trapp, Pete Abott, and Michael Rhodes); it was evident that the threesome knew what they were doing and the group played the blues admirably, but the attention of the group seemed to be on socializing. This was, after all, an $100 benefit event, the type of affair were being seen can be just as important as seeing. Thus, the back area, which held a delicious offering of appetizers and an open bar, seemed constantly filled with ambling groups of delighted patrons. 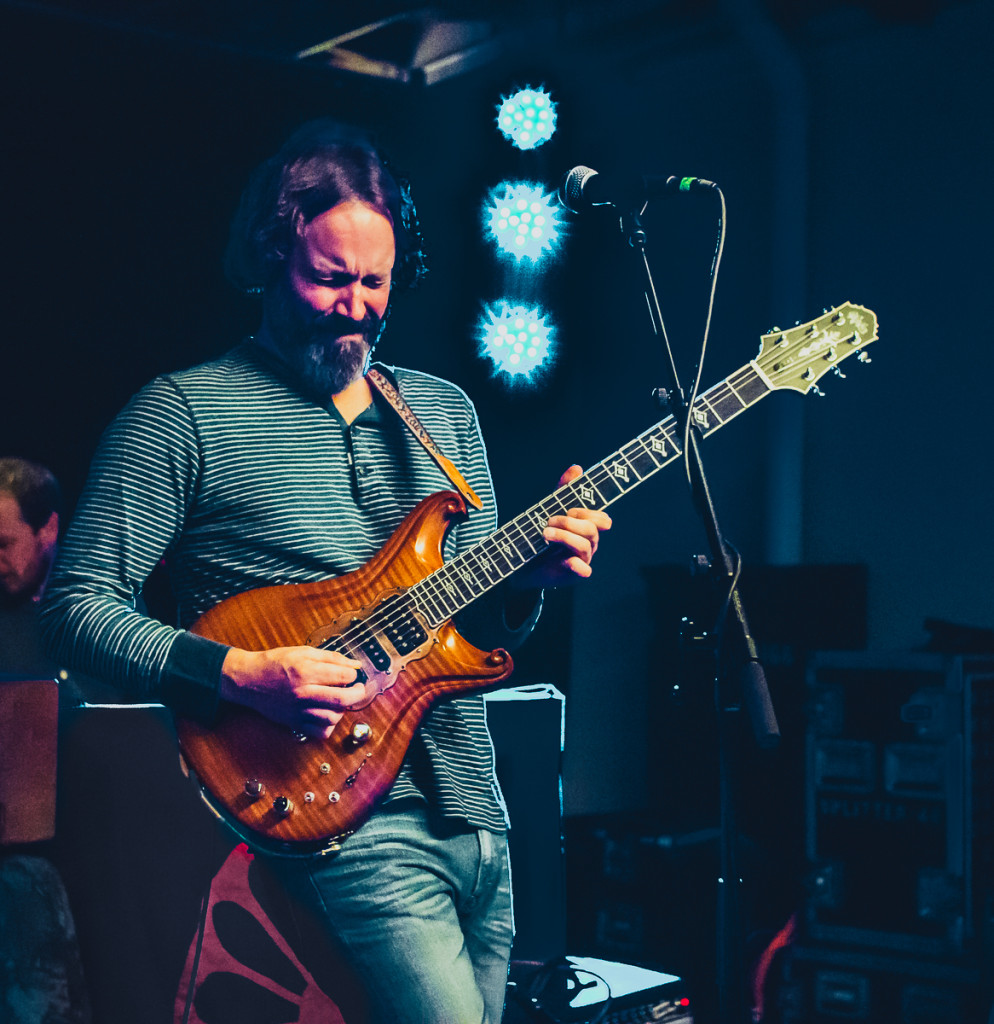 Another cool part about The Hatchery is the access to the rooftop terrace and bar. Being right downtown, the view of the skyline is fantastic from atop the Acme, and it was greatly entertaining to lean against the railing, beer in hand, people watching the teems of tourists traversing Broadway below. It was a unique way to view Broadway, but the experience proved to be short lived, as a kindly gentlemen was moving through the crowd and informing everyone that Hard Working Americans was about to begin.

The stage area itself felt very intimate, but professional. The stage is not raised very high off the ground, which serves to foster a close connection between the acts and the band. This proved to be a fertile breeding ground for some great jams, which is exactly what the six piece blues act thrives in. You may recognize a few members from the group, such as Dave Schools of Widespread Panic or Neal Casal of the Chris Robinson Brotherhood. While all of the members of the supergroup have past musical lives, all of that is left at the door when the group gets together for Hard Working Americans. The blues-rock sounds are quite natural feeling and it seems as if the group has been together for years, despite only being together since 2013. The group was also joined by Elizabeth Cook, the local celebrated Americana songstress. 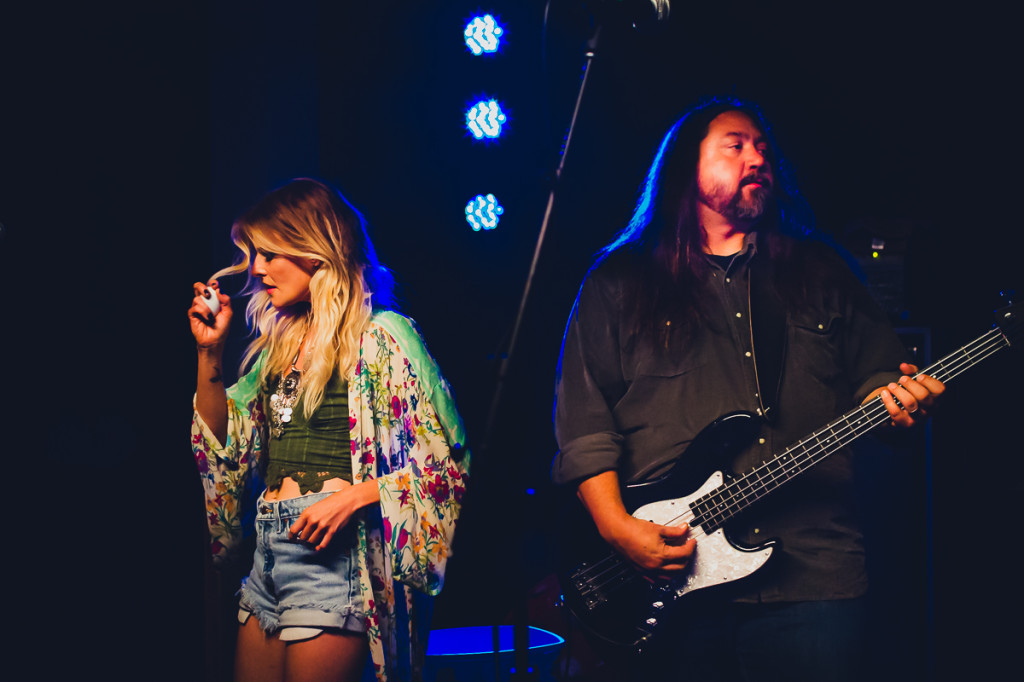 The set list consisted of both a number of originals and some covers; the group is somewhat known for their covers, as that was what the entire self-titled debut effort consisted of. Regardless of who penned the tunes, the group played them well, and the crowd definitely responded. Perhaps it was the open bar, but for a show the size and caliber of this show, we were not expecting people to be getting down as hard as they did. However, it’s hard not to when viewing a band as tight and groovy as Hard Working Americans.

We don’t want to give away too much of Hard Working Americans set or vibe, as we’re about to roll out a review of their show the following night at Nashville Dancin’, but suffice it to say that the band killed it at a fantastic new venue. By the way, there proved to be one last surprise of the evening: goody bags for all of the attendees. We don’t expect every show at The Hatchery to be this upscale, but we have to say that Acme did a fantastic job with their first event here, and we’re definitely looking forward to our next experience at the Hatchery. Keep an eye out for more on Hard Working Americans and their set at Nashville Dancin’ in the next couple of days!