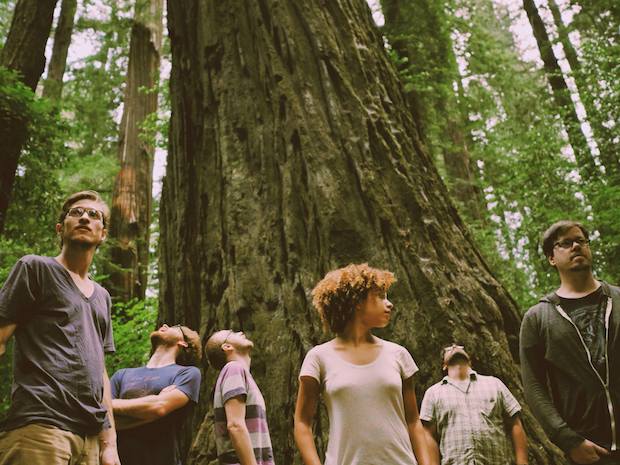 After a furious winter and spring of tightly curated shows, house concert connoisseurs Cause a Scene took a breather. For their sole venue event of the summer, they’ve got another impeccable lineup for us. Little Tybee, Milktooth, Poly and The Dawn Drapes are set to throw down Friday, August 1st at The Basement. The music starts promptly at 9PM, tickets are a mere $7 and it’s 21+.

Read on after the jump for a full preview!

Atlanta-based Little Tybee evokes images of movement and exploration with both their music and visual art. Last year’s For Distant Viewing album art has us peering down coin-operated binoculars, encouraging us to scope out landmarks or spy on distant scenes. In the same spirit, Little Tybee’s music is sprawling and delightful; it’s like looking through a family road trip photo album. Pop ballads wander in and out of orchestral melodies, as violinist Nirvana Kelly dances around Brock Scott’s spry vocals. Piano grooves, an 8-string guitar, nimble percussion and classy bass lines round out the arrangements. Listen to the live cut of “Don’t Quit Your Day Job” below. It’s a trip worth taking.

We still spin Milktooth’s Wild Before Our Eyes EP; it swiftly gained praise from NPR, New York Minute and us here at No Country (obviously). The tracks found plenty of love out in the media world, with plays on a couple MTV shows, a Keeping Up With The Kardashians episode (!!!) and more. And who can forget their kickass take on “Eyes That Say I Love You” from our Two Year Anniversary/Beck Song Reader Party? The local indie folk/pop band has teased us with new material at East Side Hootenanny and on the air at Lightning 100, so we’re pumped to get another taste at the Basement.

The Dawn Drapes are newcomers to Nashville. The Harrisonburg, VA-based trio released a laid-back sounding EP earlier this year, entitled She. Get to the Basement early to sway along to their pronounced keys and sly vocals.

Little Tybee, Milktooth, Poly and The Dawn Drapes will perform on Friday, August 1st at The Basement. The show is 21+, begins at 9:00PM (doors at 8:00PM) and tickets are $7 at the door.