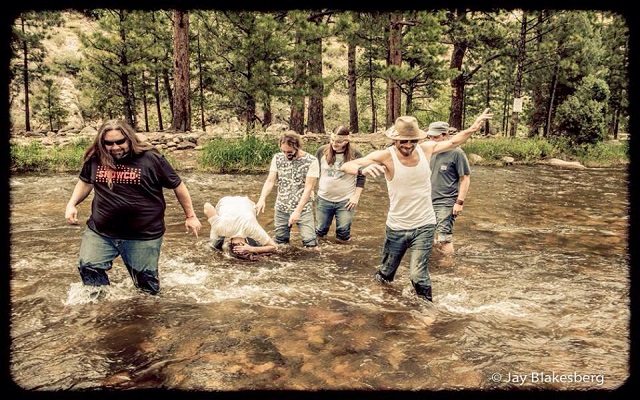 Well, friends, we guess the old adage is true: all good things must come to an end, even the summer’s best concert series, Nashville Dancin’. Tonight will mark the end of the eight week showcase, and what a run it was. However, the free concert series plans to finish things in style with performances from blues supergroup Hard Working Americans, indie party favorites Turbo Fruits, local rock trio Modoc, and upbeat duo The London Souls. All in all, it appears that it’ll be a fantastic way for the Nashville Dnacin’ to end, and we’re really looking forward to the final hoorah. The show starts at 7 p.m. down at Riverfront Park, so be sure to get there and enjoy the evening Nashville Dancin’ style one last time.

You might have heard about the supergroup Hard Working Americans in the last few weeks, as the publicity they’ve generated between interviews and the release of a video for their cover of “Blackland Farmer” have been all over the news. Tonight, however, you can witness the fantastic blues group in person. We actually got a chance to catch this band last night as well, so we can assure you that their live show is just as fantastic as one might expect. The group are quite tight together, and it’s very obvious that all of the players have had experience with other projects prior to forming Hard Working Americans. The six piece were a fantastic choice for the final headliner, but don’t just take our word for it: get out there tonight and check them out for yourself.

Local quartet Turbo Fruits have already made quite the reputation for themselves in the party scene here in Nashville, and for good reason. The indie blues/rock tones they put out are always high energy and upbeat, and the group have received quite a bit of recognition as one of the most entertaining live shows around. We’re sure tonight will live up to that precedent, and we’re excited to hear the garage masters do their thing live once more.

Modoc are another local rock act, this time composed of only three members. The group’s tunes have a very broad appeal, as you’ll be able to tell by playing the video for the song “Runnin'” embedded below. Falling into the same vein as the likes of Moon Taxi, the alt-rock tones put out by Modoc are the perfect way to get the evening rolling tonight. The group have been touring quite a bit in the weeks preceding this show, so their set will definitely be tight. Be expecting Modoc to be on top of their game and put on a fantastic performance this evening.

This week at Nashville Dancin’, the organizers decided to kick off the event correctly. The first group to play will be heavy-hitters The London Souls. This band plays unfettered rock and roll, going directly for the most aggressive, upbeat, rocking sound possible. This noble pursuit translates quite nicely live, and it shouldn’t be too surprising that the English-rock inspires group has become a crowd favorite during their most recent tour. If all goes according to plan, the duo’s performance tonight will set a fantastic precedent for the rest of the evening, so make sure to get there early enough to check out The London Souls.

Hard Working Americans, Turbo Fruits, Modoc, and The London Souls will perform TONIGHT, July 31, at Riverfront Park. The show is all ages, begins at 6 p.m. (doors at 5 p.m.), and is free.