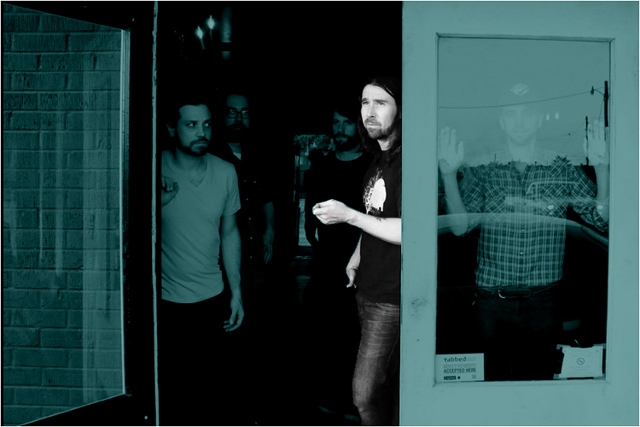 I know it’s hard for most people to drag themselves out of the mimosa comas that usually ensue after a long day of Sunday brunching, but those who didn’t missed a good show at The High Watt last Sunday night featuring Austin natives Saint Clair, A. Sinclair and What Made Milwaukee Famous.

The lineup was like a literal crescendo, starting off with the slow, ambient vibes of Saint Clair, aka Mike St. Clair of Okkervil River and the Polyphonic Spree. Saint Clair was essentially a one-man show, switching back and forth constantly from keyboard to trumpet to guitar, all while maintaining a steady stream of vocals. Check out his single ‘You Are Not Alone’ here, and expect to hear more from this side-project soon.

I was a bit confused after hearing one band with the word “Clair” in the name only to hear another one immediately after, but didn’t stay confused long after hearing how different their sounds were. A. Sinclair, led by Aaron Sinclair of former Austin outfit Frank Smith, picked things up a bit with fast, loud songs like “Pretty Girls In Pretty Tights” and the southern-rock infused “Shiny Things,” which you can hear below. During one of the set breaks, one of the girls in the front exclaimed that she had been following the band ever since stumbling across them online, and made it a point to be notified when they came to Nashville. If that’s not dedication, I don’t know what is. It’s also a pretty good indication that it’s worth listening to.

After doing my homework on What Made Milwaukee Famous in preparation for the show, I knew that they would become a staple in my music library after I heard the song “Cheap Wine” from their 2008 album What Doesn’t Kill Us. Cheap wine makes me smile, too. It’s like they really get me. So, of course, I was happy to hear that was the first song they played.

One of the members from A. Sinclair came out to help out on guitar, along with Saint Clair who added some horns to give the setlist a good variety, which spread from light, acoustic songs like “Rosewood” to dark, brooding tunes like “Just Run,” which really brought out singer Michael Kingcaid’s angry vocals. They even threw in a slow, country-tinged ballad called “Sorry (Again),” for the sake of being in Nashville. The show ended on a good note with their most recent single “Gone and Done It Now,” which was catchy enough to hook me back in, only to be disappointed that it was over.

It’s obvious that Austin is hosting some real talent, and I’m glad they aren’t keeping it all to themselves. But I hope that when any (or all) of these bands decide to come back to Nashville, that there will be more of our community there to welcome them.