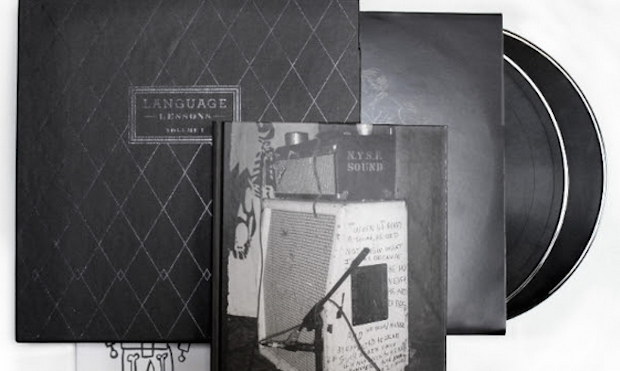 Just when you thought Jack White couldn’t possibly take on any more side projects, Third Man Records has announced a book publishing off-shoot that will put out whatever weird books White and his motely crew over at Third Man want to publish. Their first venture was announced earlier this week, with the books Language Lessons Vol. I, David Swanson’s Pictures From Elephant, and the Dead Weather photo collection Shark Infested Soda Fountain being the first selections to be put out by the new publishing company.

The latter two picture books will only be available to members of White’s elite record collecting club The Vault, but Language Lessons will be Third Man Books’ first title available for purchase by the public. The book is a compilation of contemporary poetry and prose from an impressive list of over 20 award-winning and nominated poets and authors including: Pulitzer nominee Dale Ray Phillips, National Book Award finalist in poetry C.D. Wright, and National Book Award and Pulitzer Prize finalist in poetry Adrian Matejka, not to mention non-fiction pieces from punk rock icons Richard Hell and Tav Falco.

The whole 321-page hard-bound book was co-edited by Third Man’s Ben Swank and boasts that some of the authors inside, despite being acclaimed writers, are only now seeing their works published in book form for the first time. Is that the sound of a Third Man Books manifesto I hear? Seems like Mr. White has rounded up a team that wants to keep the tangible in reading as well as music.

Of course, this being Third Man, the book is not just a book, but more reminiscent of the Paramount boxed set the label put out earlier this year. They just couldn’t resist including vinyl with Language Lessons, which has 2 LPs of jazz, psychedelic-punk, poetry, blues, and pop music packaged with the book. That’s not all folks, also included with the purchase of Language Lessons Vol. I is five framed broadsides of poems featuring original art.

The super-book is available for pre-order from Third Man right now and will be sold to the public starting on August 5 at local book and record stores. For members of the Vault, the photo book Pictures from Elephant features fifty never-before-published photographs of the White Stripes recording the seminal album Elephant at Toe Rag Studios. Shark Infested Soda Fountain is a printing of photos from the Dead Weather’s most recent tour compiled by lead singer Alison Mosshart and given to each of the band members as a gift; another must-have photo collection for Jack White’s die-hard fans.

“Third Man Books, like Language Lessons, will be fearless, imaginative, and eclectic. We hope to be a welcome addition to what is already a very compelling and thrilling independent American literary landscape,” the company says. It’ll certainly be interesting to see what kinds of books Jack White and his team decide to put out in the future.