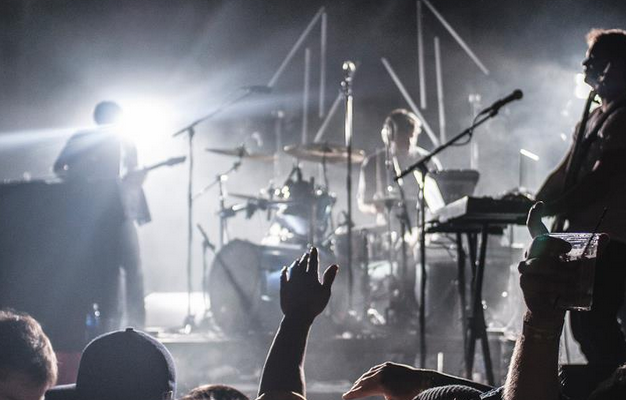 For some people, weeknight shows are – well, quite frankly, a pain in the ass. The people we’re referring to are the ones that need to be up at the crack of dawn for a 9-5 job, and therefore they want to be responsible adults and get to bed early.

If there is one group that people should sacrifice their sleep for, it’s Zoogma. Not being a responsible adult sometimes has its payoffs, like the knowledge that you’ll witness an awesome show at the hands of a four piece rock/electronic group. Mercy Lounge is putting on the concert tonight at 10PM for just $10 adv. Awesome band, great venue, affordable tickets – can’t get much better than that, can it?

This day in age, it seems impossible to find something ‘unique’ by the way of music; everything being done today has already been done in the past. Zoogma found a way to get out of that rut. This four-piece band combines the eccentricities of electronic music with that of a familiar live band. Their one goal is to make you dance, whether or not you’re in the mood to. Originally from Memphis and Oxford, MS, the group now calls Nashville and Atlanta their homes, and tonight they’re excited to be in one of their hometowns to play you some upbeat tunes. Joining them onstage tonight to bring in some funk (and who doesn’t like funk?) will be sax man Gnarly G – so this is definitely a show you do not want to miss.