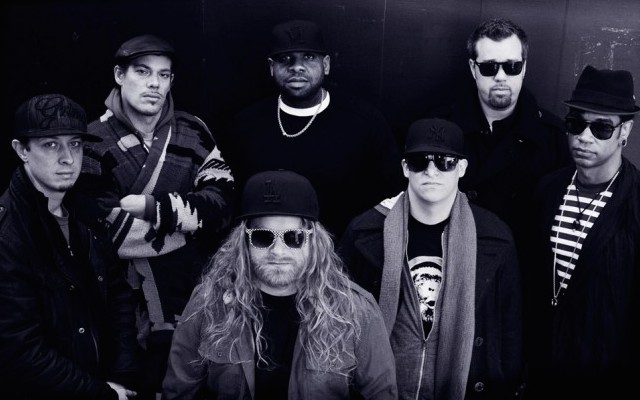 There’s only two weeks left of Nashville Dancin’, the free concert series downtown at Riverfront Park. While the fact that this awesome string of shows is about to end should be enough of a reason to get you out to tonight, just wait till you hear the lineup. Our headliner is funk legends Lettuce, opened for by two local acts: funk/soul masters Space Capone and indie rock favorites Sol Cat. From our perspective, that lineup looks like the makings of quite an evening, and seeing as the show is free and open to all ages, we expect it to be quite crowded. This is definitely where the party will be tonight, so grab your dancing shoes and get on out to Riverfront Park by 6 pm (doors at 5) to catch this fantastic lineup. In the meantime, check out our preview of each of the bands after the jump!

Truthfully, there aren’t too many current funk bands that have the clout that this New York based seven piece holds; in the future, Lettuce will no doubt go down in history as one of the greats of our time. However, the time is now, and Lettuce is still going strong, touring the country nonstop and playing tons of music festivals across the world. We’ve caught Lettuce’s tight, funky set several times in the last couple years, and every time it has been an absolute blast, to say the least. The group tends to employ extended solo sections in their live shows, and they’re great about mixing up their songs so that fans can hear something different than what’s on the record. All in all, Lettuce is always a top notch show, and you can bet that tonight will be no different.

There probably couldn’t have been a better choice of acts to open for Lettuce than Nashville’s own Space Capone. This ultra-funky group utilizes high pitched, Michael Jackson-esque vocals, but places them on top of some really hard, tight grooves. The result is well-written songs that are virtually impossible not to dance to. In fact, we’re dancing just listening to this band while we write this paragraph. They’re that funky, and they’ll be even better live tonight down at Riverfront Park. Besides the show at Riverfront, Space Capone will also be hosting the official after party over at Acme Feed and Seed, so if you don’t get enough of the funk the first time around, you can catch them twice this evening.

If you’re a part of the Nashville music scene and you haven’t yet encountered Sol Cat, well, we’re not really sure where you’ve been. This band has been everywhere recently; it seems it’s impossible to escape their indie blues goodness these days. The group plays a very agreeable take on the classic indie rock/blues sound, but they aren’t afraid to get down and even a bit psychedelic at times. They’re a great act, and it’s pretty obvious to us why they’ve experienced the success they have recently, but don’t take our word for it: get out to Riverfront at 6 pm to hear Sol Cat for yourself.

Lettuce, Space Capone, and Sol Cat will perform TONIGHT, July 24, at Riverfront Park. The show is all ages, begins at 6 pm (doors at 5 pm), and is free.