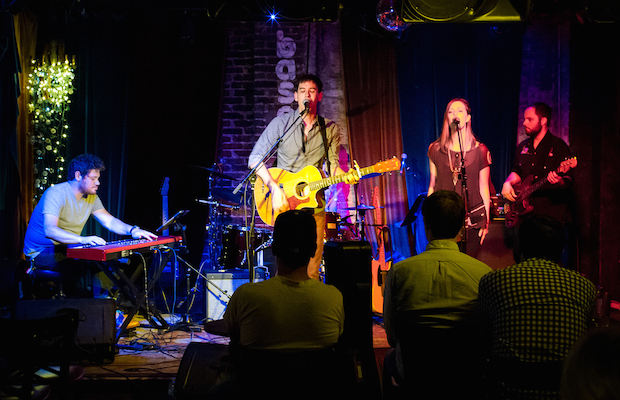 If there’s one thing we love doing here at No Country, it’s giving local musicians free press. Another thing we are always game for is letting new writers and photographers cut their teeth on reviews for our site. Enter Brian Hill, the latest and greatest talent to be added to the NCFNN roster. Lucky for us he’s a twofer, covering photo and writing duties for an amazing local line-up last week featuring Jesse Isley, Mac Leaphart and (local via Mobile, AL) Rebecca Roubion.

We’d seen Jesse perform recently at Nahville’s Dancin’ Week 3, as lead guitarist for Will Hoge, but when Brian heard he’d be headlining at The Basement, he was all over it, so we turned him loose! After the jump, you’ll find some photos and a heart-felt review. Stay tuned to the site for even more from Brian and news on all things local music!

It’s a cross between a lingerie store and a tattoo parlor.  The sign for The Basement is anything but hip and modern, and thus is a venue I had yet to venture into, until last week.  Rewind back to June 26th of this year and I was shooting the Nashville Dancin’ performances with my eye on Will Hoge as the headliner.  As a Nashville original, this act has been one of my favorites for a number of reasons including the lead guitarist Jesse Isley.  I had seen Jesse perform a few times with Will, and, when I saw that he was doing his own show, I jumped at the opportunity to come check it out.

Even before entering The Basement, I had a great vibe of the night but only after I was able to speak to Jesse.  As a new contributor for No Country For New Nashville, I believe I probably made an error, and did not have any credentials available at the door.  Luckily, I had been in contact via twitter with Mr. Isley @TheJesseIsley and one of the door man grabbed him and after a quick introduction, Isley had me walking in.  This unfortunate mistake worked out as it provided me with a few minutes to talk with Jesse before he went on stage to ask him about what to expect from the different artists. 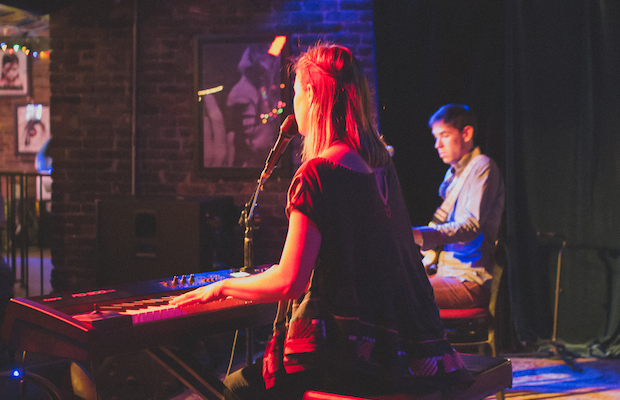 First up was Rebecca Roubion with Jesse contibuting prior to his own set.  Accompanying Rebecca were Brian Killian on drums and Adam Beard on bass who also play with Will Hoge on tour.  Rebecca, who is on keyboard and lead vocals, is a charming young lady with an extremely talented voice.  She was born in New Orleans but raised in Mobile.  She has been playing the piano since the age of 2, and performing live since 16.  Her music is very low key, soft, and lyrically fantastic.  She has a terrific stage presence and was having lively banter with the nearly filled bar.  I totally recommend catching her the next time she is back in Nashville playing. 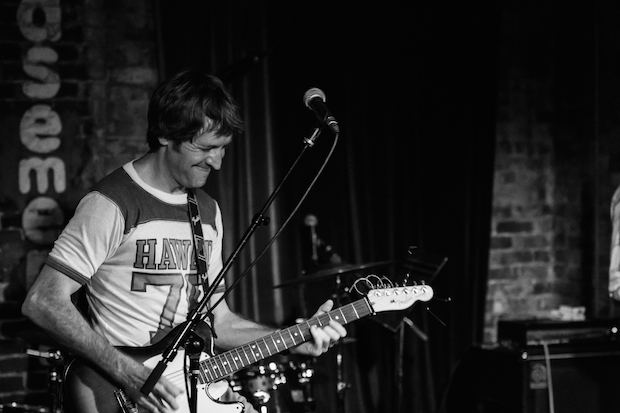 After Rebecca came Mac Leaphart who was a complete 180 degrees from the subtly soft tones, and brought his own style of southern rock to the stage.  Mac is quite the nomad who has lived and played from LA to Charleston SC.  As I’m sure it happens with a lot of musicians, Mac ended up being called to try Nashville for a while and, while I’m sure this won’t be his last destination, I hope to hear him play again before he moves on. 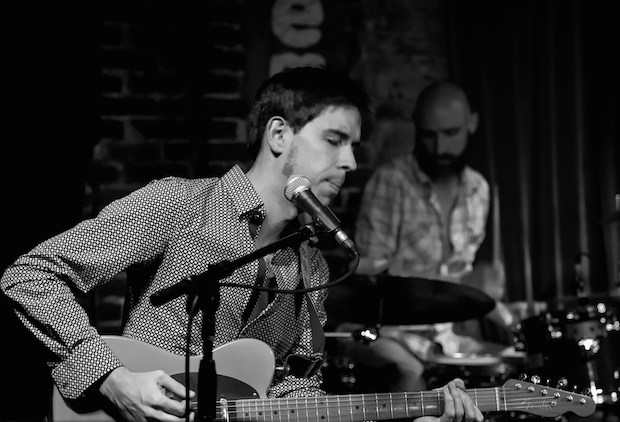 Last but not least, Jesse Isley took the stage alongside his normal bandmates, Adam Beard and Brian Killian.  I had no idea of what to expect out of Jesse’s own music and honestly, I don’t even know how I would describe his set.  He played a wide variety of songs from blues, southern rock, and even some coutryesque sounding tunes.  Rebecca was summoned on stage for a song or two with Isley, and she again offered some fantastic vocals to go along with Jesse’s wailing guitar notes.  Jesse’s skills on a guitar are what brought me to this show, but he also brought a ton of energy and stage presence which ended the show on a very high note.