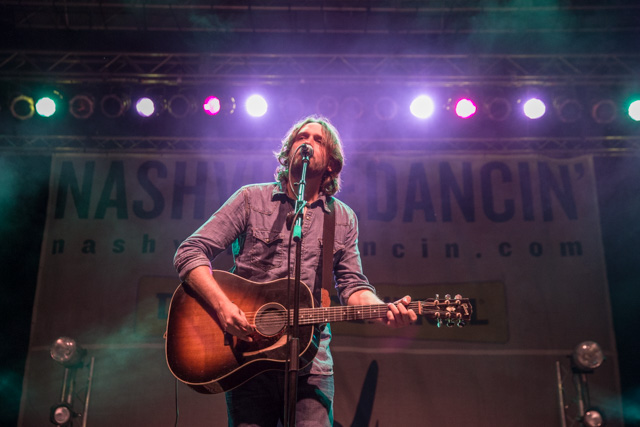 Hopefully by now, you know that Nashville Dancin’ is Music City’s best free mid summer concert series, so it shouldn’t be too surprising to learn that we had a blast at the sixth installment of the event last Thursday. Getting an opportunity to see singer-songwriter acts like headliner Hayes Carll always makes for an enticing evening, especially at scenic Riverfront Park. Despite a crowd of hundreds, the entire show felt very intimate, and began in the best of ways: with a killer set by local rock act Oak Creek Band. 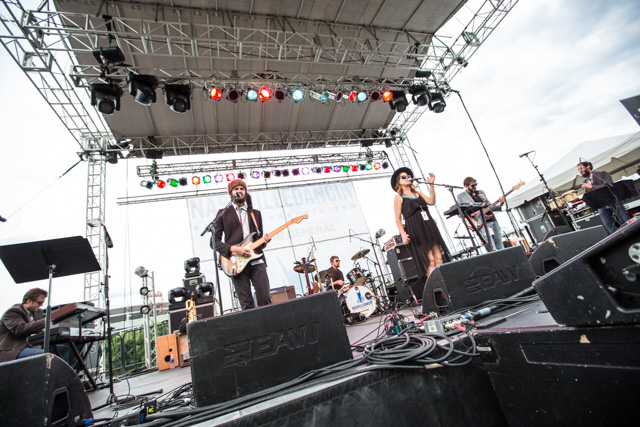 In truth, Oak Creek Band was the most upbeat and rocking of all the acts of the evening, and in some ways it’s a shame that they had to play first at such an early show. While Oak Creek Band no doubt could have thrown down during a later set, they rose admirably to the situation, and got the party pumping from the very first note. Perhaps most striking to us was the sheer funk in Oak Creek Band’s set. While their groovier side does crop up from time to time in their records, you really need to see this band live to get the full effect. Furthermore, Oak Creek does an admirable job of talking to the crowd in between songs. With many acts, the moments in between tunes can feel awkward, and often the musician’s attempts to talk to the crowd aren’t all that interesting or funny. This was not the case for Oak Creek, who’s personal stories added an extra layer of sincerity to their songs. This isn’t easy, but is an indication that they are experienced and comfortable at entertaining crowds. 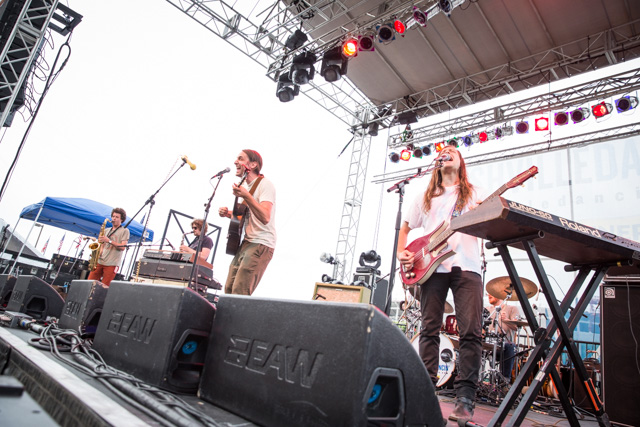 Next up was James Wallace and the Naked Light, another local act. While there is definitely a lot that one could discuss in relation to Wallace’s set, as music journalists, the band’s utter disregard for the current status of music stuck with us most. Between the unique instrumentation, random extended jams, and unique vocal effects (he sung through an old school telephone), it’s clear that James Wallace and the Naked Light play the music they want to play, no matter what, and they don’t seem to particularly care one way or another what people make of it. That uncompromising attitude remained present throughout their entire set, and as a spectator, it was difficult not to become captivated by what was occurring on stage. These guys play around town a lot, and if you didn’t get a chance to catch them at Nashville Dancin’, we highly encourage you to attend one of their upcoming sets. Just remember to bring a roll of paper towels to clean up after your mind is blown. 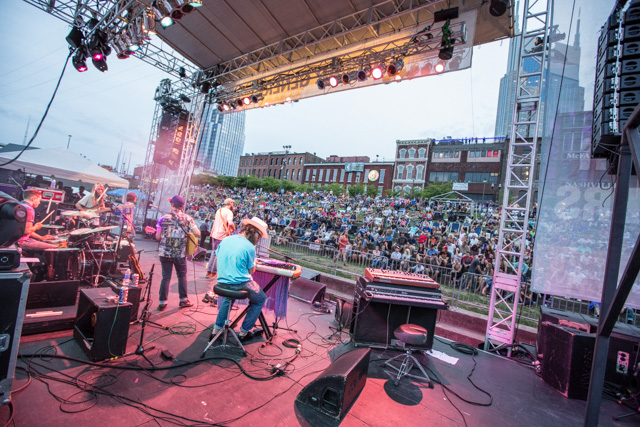 Following James Wallace and the Naked Light was yet another local act: Rayland Baxter. There are few artists that fit in with the Nashville scene as well as Baxter, in our humble opinion. The songwriter plays honest, thoughtful music that really exemplifies why music is considered an art form. Furthermore, the man is a lover of harmonies, and several times during his set, two musical lines would slide together in a way that caused hair to raise across the audience. Baxter’s backing band matched his musical ability, and as a whole the band plays very well together, with each member knowing when to back off and when to step into the spotlight. You can definitely tell these guys know what they’re doing. 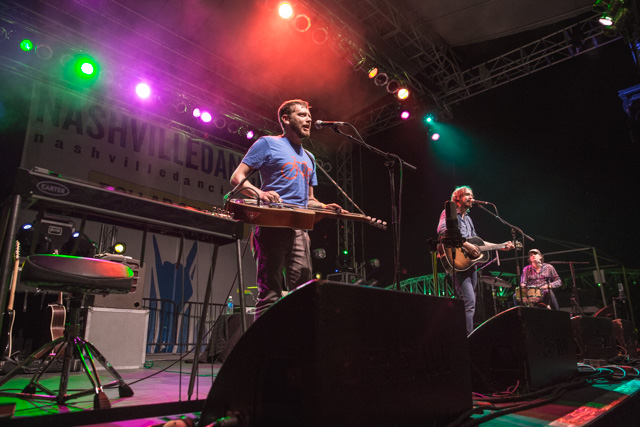 Finally, our headliner for the evening was Hayes Carll, who is actually the only act of the evening not from Nashville. Rayland Baxter was the perfect act to open for Carll, as the two bands are quite similar musically. That’s not to say that there aren’t numerous distinctions between the bands, the most striking of which is this indescribable appeal to his music. Perhaps it’s the sloppy yet refined guitar playing, or the unique croon that Carll’s voice tends to take, but it’s pretty obvious that Hayes Carll and his equally talented band are the kind of people who were simply born musical. Add into the equation their relaxed stage presence, and the entire set transitions into a demonstration of the professionalism and skill of these musicians. We were totally down with this, naturally, and as such quite enjoyed Carll’s set.

Check out our photos of the evening by Mr. Shawn Jackson to get an up close look at the set, and be sure to check out this week’s Nashville Dancin’ on Thursday featuring the one and only Lettuce!