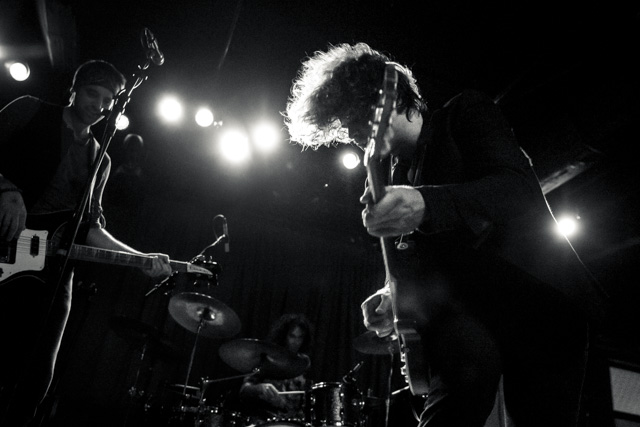 “I have a plus one for the SIMO show at Mercy Lounge on Friday night if you are interested,” he says. The band is led by guitar virtuoso JD Simo, who plays with the Don Kelly Band at Robert’s, unleashing his blues-soaked take on country favorites. He adds that the legendary Jack Pearson is opening the show and I say, “Cool. I’m in”. He says, “Great. You can write the review,” and I say, “What?”

See our full review and some amazing photos from Shawn Jackson below. 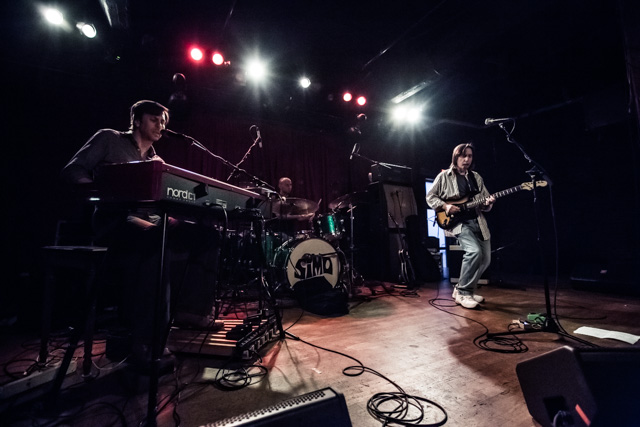 We arrived one or two songs into Jack Pearson’s set to find a relatively small but supportive crowd. Apparently, we weren’t the only ones who didn’t believe that a Friday night show would start promptly at 8PM. The crowd was a little older and, not too surprisingly, mostly male…I think the term is “sausage fest”…and guessing most of them play guitar at varying levels of proficiency.

Nashville’s own Jack Pearson has had an impressive career. Tonight he was accompanied by a keyboardist/bassist and drummer. His hour-long set was relatively short on commentary and vocals but long on impressive play by all three musicians. Jack’s slide work was especially impressive as was the interaction between him and the keyboardist. By the time he commented that he only had ten more minutes and was just getting started, the crowd had improved significantly in terms of both quantity and “talent”. 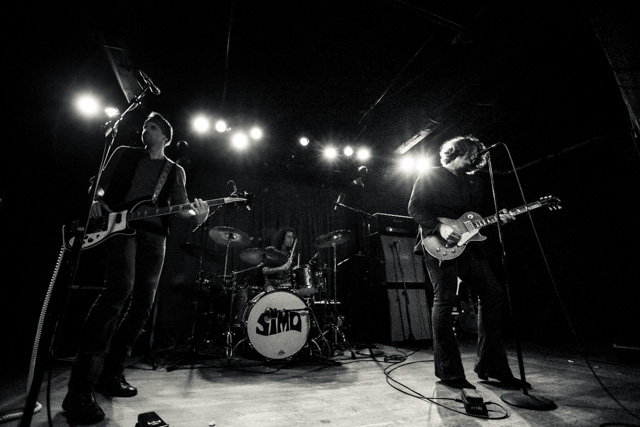 JD Simo began playing guitar at the age of five and, by age 15, he had formed a band and released a live EP. He spent his teenage years touring, either solo or in various bands. In the winter of 2006 he moved to Nashville, where he established himself as an in-demand session musician and member of The Don Kelley Band. In 2011, he joined bassist, producer Frank Swart and master drummer Adam Abrashoff to form the rock band SIMO. The band spent much of 2012 on tour and released their debut album in November of that year. SIMO is reminiscent of the blues-rock power trios of the late ’60s fusing the improvisational jazz, the gritty power rock, and soulful blues to create a transcendent live experience.

Tonight’s set began with “Shake it”, which had the crowd doing just that after which the band ripped through another ten songs. Shawn and the other photographers had their work cut out for them as JD was in constant, frenzied motion across the stage. As impressive as his fretwork was, we can’t remember seeing anyone’s right hand move quite so fast. They finished their set with covers of Joe Cocker’s “A Little Help From My Friends”, which had everyone singing along and Howlin’ Wolf’s “Evil”. Our only disappointment was that Jack Pearson didn’t join the band on stage at some point, but that was relatively minor given the demonstration of talent we had seen.

We talked to a Nashville native acquaintance who remarked about the vibrant rock scene here in the 60’s. Fortunately, as we attested, SIMO is doing everything they can to ensure rock’s local resurgence. The audiences that have been lucky enough to see SIMO play live have been mesmerized by their technical ability and song crafting prowess that pays tribute to so many of the band’s musical influences.

Check out the gallery below for some more photos.