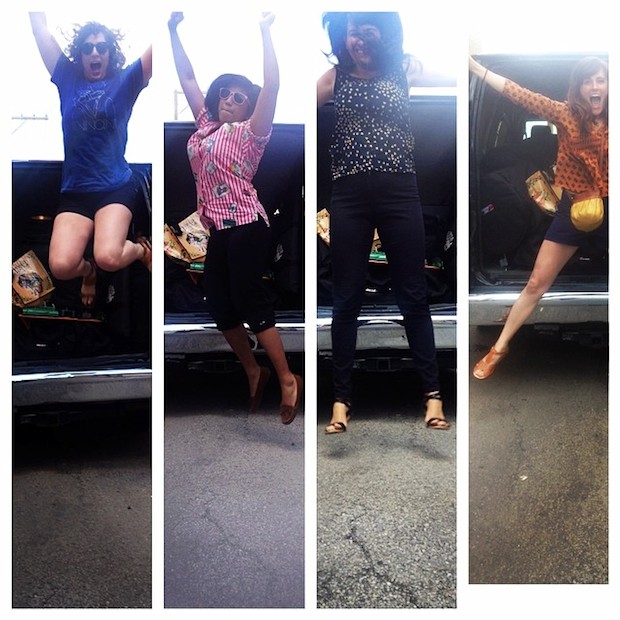 Already ready to wave your white flag and call this Monday a lost cause? Not so fast my friend! This is Music City, USA and there is always someone playing somewhere who can make your shitty day seem brighter … EVEN on Mondays. TONIGHT at the legendary divey Springwater Supper Club, Chicago indie post-punk darlings Me Jane, local dream pop prince Pale Pools and native new comers Jungle Fever are all ready to rock! This incredible line-up is brought to for the amazingly cheap price of just $5, and this 21+ show should get started around 10 PM (doors at 8).

We already know your getting your ass in gear to make it in time for all three bands, but if you want more info about the bill and a taste of their tunage click on after the jump. If your on the fence, stop talking yourself out of it. Don’t let Monday win! Show that MFer who’s boss, and go see some live music!

Getting their start in Chicago around 2012, the four-piece, all-female synthed post-punksters have embarked on a mini-tour this July across the Midwest, with two stops South of the Ohio River (lucky for us Nashville was one of the two). They  are playing in support of their self-released debut album Ison, which was recorded in MINBAL studio with Benjamin Balcom, who has previously worked with talents like Atlas Sound and Cass McCombs. Listen to the first two singles “Muchos Muchachos” and “Ghost” below, and get a copy of the LP for yourself when you see them live tonight.

Pale Pools, aka Peter Curtis, is a local dream pop DJ/synth performer who released his debut self-titled EP last November, and is relatively fresh to a scene in Nashville that is just beginning to blossom. Get on board now with the EP below and you can name your price or just see him for yourself live.

NOT to be confused with the NYC hardcore band of the same name, the members of this Jungle Fever are Clarksville, TN natives. There isn’t a whole lot out there for these guys, who seem to be VERY new, so we look forward to seeing what they are all about. There’s a very limited bit of info on their FB page but judging by their not-the-best videos on said page, they seem pretty rad and ready to shred!

A Las Vegas DJ, labeled as neutral gender on it’s FB page, Citrin 3 will be spinning sweet party jams in-between sets tonight. A personal friend of the headliners Me Jane, look for this DJ to keep the party moving between sets.

Me Jane, Pale Pools, Jungle Fever and DJ Citrin3 will perform TONIGHT at Springwater Supper Club. The show is 21+, begins at at 10 PM (doors at 8), and tickets are available for $5 at the door.