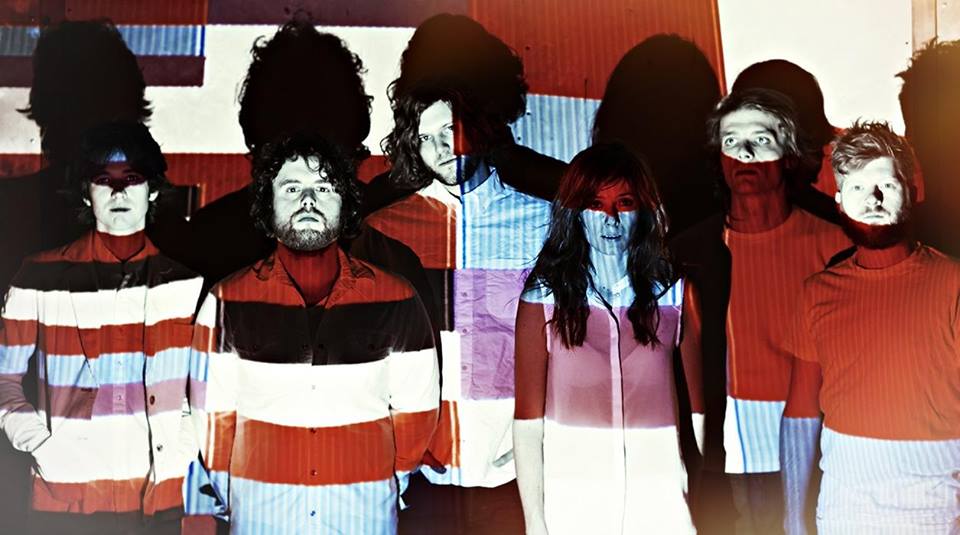 Have you ever had the thought, “what if a few members from The Head and The Heart, Hypercolor, The Mason Brothers, and Farm Vegas were to all get together and write an album?” Your prayers have been answered. Come out to The High Watt tonight at 9PM to catch Avers, 18+ for only $10, with the incredible cast of JL Hodges (Farm Vegas), James Mason (The Mason Brothers), Adrian Olsen (Hypercolor), Alexandra Spaulding (List In The Trees) and Tyler Williams (The Head and The Heart). Along with this band of indie-rock muses will be the eclectic ensemble of The Jahnnies (featuring members of Futurebirds). We also had the privilege of speaking with JL Hodges, and will have a full interview coming with our review, but you can get a taste of that and find out more about their performance at The High Watt tonight below.

Avers with their incredible capacity for writing deep, driving, and psychedelic songs are a force to be reckoned with. After a chance encounter geeking out over psychedelic records, these six acquaintances, who are now great friends, found themselves drenched in a songwriting and recording project that would only take them ten days. In just over a week, they had a created an item of fuzzed out, blistering psych indie-rock. We had the great opportunity to speak with JL Hodges, originally of Farm Vegas, about their process walking into this album, along with what they have on the horizon.

“Basically all of us have been in the Richmond music scene for a long time, and have fronted bands. We didn’t know each other very well and instead just knew of each other.” This group just being in the same area started to write and collaborate through slowly growing connection with James Mason, JL, Charlie, Alex and Adrian, eventually bringing in Tyler Williams  to even things out. Interestingly, they approached each night of their collaboration with a completely fresh mind. “We basically started to get together under the rule that you can’t bring in a finished song to the session. We would start fresh early in the day, and by 3 or 4 AM in the morning we found out that we had a song.” This allowed them to organically invent a new song and a new sound each time they came together, and the finished product is absolutely phenomenal.

With this recently released album under their belt, Avers is not going to slow down. Recently, they traveled down to Kill Devil Hills, NC with a car load of equipment, and wrote/recorded another ten songs for another possible release. The process is both fluid and unique. “A big part of the group when we get together is environmental, when six of us are in the same room together, it just starts happening with us chasing it. The excitements builds, and we find that we end up running with it. It is definitely psychedelic and a bit strange, but we are just chasing the song.”

A true appreciation for the creative aspect of songwriting is apparent both within the culture, words, and music of this group Avers. With absolute excitement, we invite you to come on out to The High Watt and catch this group’s exciting display. Get ready with the single “Evil” off of the Avers debut album Empty Light.

Avers w/ The Jahnies (featuring members of FUTUREBIRDS) will perform TONIGHT at The High Watt. The show is 18+, begins at at 9 PM (doors at 8 PM), and tickets are available for $10.