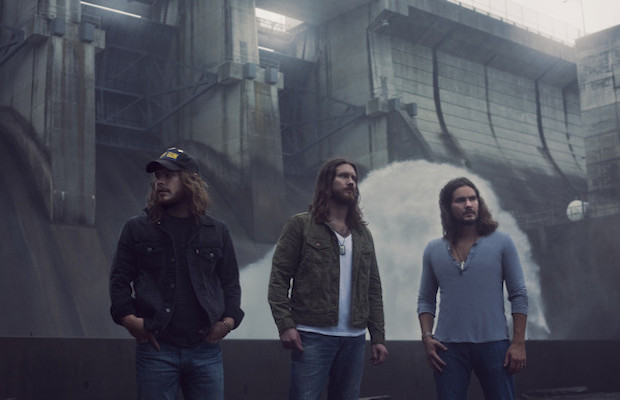 In less than a weeks time, the tremendous lineup at Forecastle Festival will be starting to take the stages. Included in this great lineup are quite a few artist from right here in Music City and we’ve been running through many of these local artists in our Nashville to Forecastle series. Keep on reading to find out more about indie-rockers Goodbye June!

Sometimes, the most tragic and difficult times not only brings a band together, but also molds that band into what they will become. That was the case with Goodbye June. Landon Millbourn, Brandon Qualkenbush, and Tyler Baker are all cousins who started to play music together when they had downtime after Landon and Brandon went to visit Tyler when his brother passed away in a car crash. Once they started to formally pursue music, they decided to name the band Goodbye June in remembrance of Tyler’s brother and to show what brought them all together. In 2012, the band released their highly anticipated debut album Nor The Wild Music Flow and have not stopped since. With a European tour in their pockets and a second album on their mind, Forecastle will be a great place for Goodbye June to gain some serious leverage and more fans.

For a smaller band looking to gain more of a following, Goodbye June’s set time could not be more perfect. Playing at 3:00, they are close to the middle of the day, so there will be quite a few people already inside the fest looking around for some new music while they’re waiting for mega-artists like Band of Horses and Jack White. The even better news is that it should be fairly easy for fans of either of those bands to get into Goodbye June’s indie-rock influenced sound. If you’re going to Forecastle Festival, make sure to check these local guys out. You surely will not be disappointed. Check out a few of their tracks down below!

Nashville to Forecastle with Willie Watson