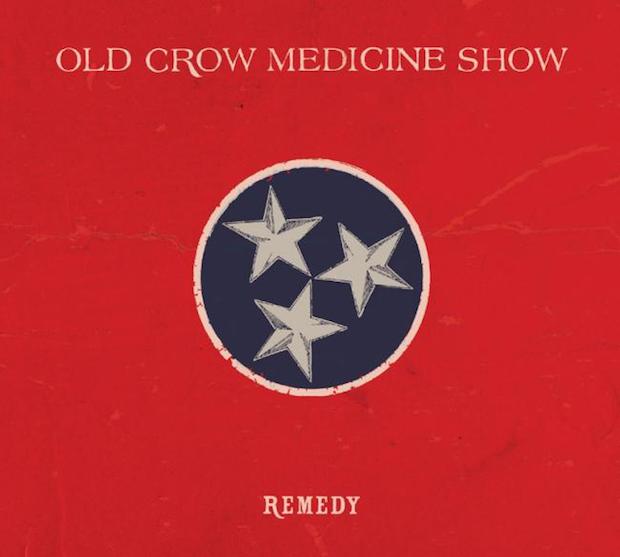 Chances are by now you’ve heard that Old Crow Medicine Show has released a new album, Remedy, and that they were all over town last week playing busking style pop-up shows in building hallways and at Grimey’s New and Preloved Music before finally making a stop at The Grand Ole Opry for Live radio. If you weren’t in the loop enough to catch any of these quasi-hush performances, don’t worry. They have a scheduled, less impromptu gig in Nashville, Saturday Aug. 23, at The Woods at Fontanel with South Carolina folk duo Shovels & Rope. Tickets are available for $39.50 here or for $45 the day of the show

After the jump we’ll tell you why the new album is definitely worth more than just a listen and give you background on some of our favorite Music City transplants. For their fifth major label LP, the fellas pretty much stick to their new grass, folk, Americana, old-time-band script but still manage to sound fresh and original. With the first week of sales numbers in, the Grammy winners had their best release in their 16 year history, with Remedy debuting at #15 on Billboard Top 200 Chart, #4 on the Top Country Albums Chart and #1 on the Folk Albums Chart. See what all the fuss is about below, and be sure to catch them live when they play here next month!

When it comes to country music, you’re pretty much all in or not in at all. Very few artists in the genre are able to have much crossover appeal, opting to stick to the script, thus pleasing their pretty secular minded fans. Honestly, why should they bother even trying to crossover when country artists fill three spots is Billboards top-10 grossing aritsts in 2013.  But some music is so wonderful, it transcends genre and unites often otherwise un-like minded people. Enter Old Crow Medicine Show. A bubbling stew of new grass flat picking, old-time harmonies, folk lyrics and Americana crooning. OCMS manages to pull off the impossible task of being loved by the country music community/industry (especially in their adoptive home here in Nashville) and being embraced by multi-genre music fans at large, all at the same time, with little or no pandering whatsoever.

Of course, having a song co-written by Bob Dylan (“Wagon Wheel”), that they made a hit in their own right, and has since gone platinum under the helm of country singer Darius Rucker, helps. It’s hard to believe how far the childhood friends and co-founders Ketch Secor and Critter Fuqua have come, since being discovered busking on a street corner in Boone, NC.

Even harder to believe is that, via e-mail of all things, Bob Dylan has helped out again for OCMS latest LP Remedy. Impressed with what they did with “Wagon Wheel”, Dylan sent Secor just a snippet of a song that he had never recorded, and the end result is the new album’s amazing lead single “Sweet Amarillo”, which, also through e-mail, Dylan helped tweak. In an NPR interview, Secor said they’ve officially worked on two songs together now, but they’ve never met face-to-face, which adds yet another layer to the Dylan mystic.

The album is also very heavy on the Tennessee flavor, no doubt in homage to their current home. It’s no mystery which city they are talking about in “Tenneessee Bound” and “O Cumberland River”, both top-notch tracks. However, our favorites were the first and last songs. The old-timey, harmonica rich, “Brushy Mountain Conjugal Trailer” to start and the Bluegrass on speed, foot stomping romp “8 Dogs 8 Banjos”. Extra points for the ‘Corn whiskey, dirt weed’ verse in the latter.

In terms of comparing it to previous albums, it’s really more of the same but we can’t complain because they have literally invented their own sound, paving the way for bands like Mumford and Sons and the Americana/folk revival. Once you see them live, you’ll agree: who could ever have enough? Remedy does have maybe one or two too many slow songs for our tastes, but they’re still good tracks. We just think they are at their best when they let ‘er rip! Over-all we give it a 8-out-10, and ecourage you to buy it digitally here unless your more of a vinyl person, and don’t forget to get your tickets for their upcoming show at Fontanel right here. Hope to see you there!