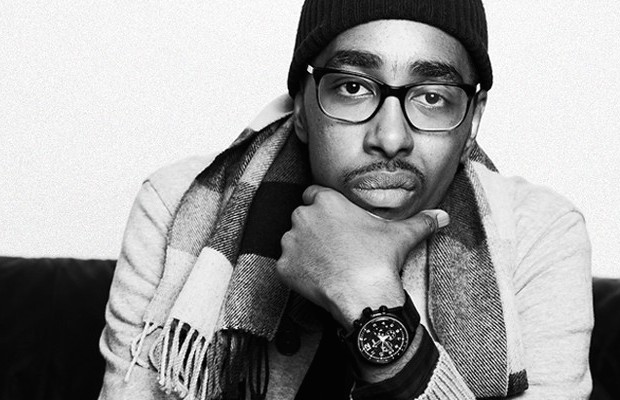 If you don’t already plan on being at 12th & Porter tonight at 8 PM, then I have a few good arguments that will have you bringing yourself to the 12th & Porter stage. The eclectic, independent producer and rapper Oddisee will be providing a night of energy and soul along with talented emcee Mountainwalker, DJ/Producer Amerigo Gazaway, and the experimental musings of Cold Fingers. Full of compilations and collaborations, tonight will be one to remember with an incredible lineup of artists and talent. Show starts at 9 PM, tickets only $8, 18+.

Amir Mohammed aka Oddisee has been doing what he does best independently ever since his 21st birthday. Growing up in capitol city of Washington D.C. Oddisee has been infused with the sounds of New York Hip Hop, Go-Go, and gospel from his father. These influences perfectly peek out their heads in the inventive use of horns, samples and instrumentation throughout Amir’s latest full length People Hear What They See. Not only has Amir Mohammed been releasing a slew of original, thought delving beats but has done so independently. Pushing and grinding his music into the spotlight with fire and passion. The organic and fresh sound in “The Need Superficial” is a perfect taste of Oddisee bringing us something new.

Mountainwalker (aka Big Rooster) the emcee alias of Aaron Berg will be joining the stage tonight at 12th & Porter. With slow groove musings under a touch of jazz fueled inspiration, one is drawn into the slow monologue stylings of Berg. Check out his recently released track “Southern Smoke” from the forthcoming mixtape Innocence Lost.

“Just two guys having a good time” is the slowed down cold fueled experimental musings of Cold Fingers consisting of Stephen Barnes and Jared Williams originally from Pittsburgh, PA. Released just earlier this year these guys have been pushing their first all original EP Mystic. Grab an ear for this chillwave track “Feels”.

Oddisee, Mountainwalker, Amerigo Gazaway, and Cold Fingers will perform Sunday, June 29th at 12th & Porter. The show is 18+, begins at 9 PM (doors at 8 PM), and tickets are available for $8.