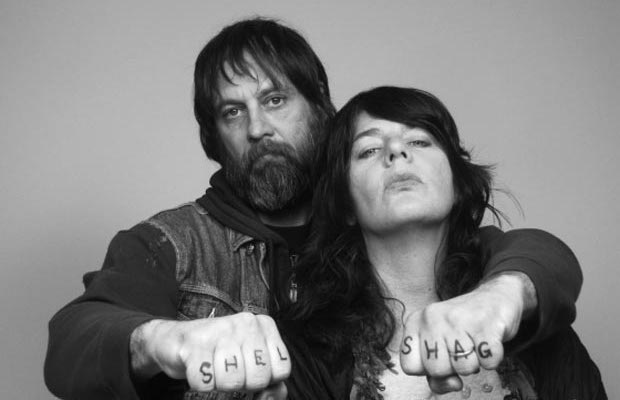 
Well, it was another epic hump day for your friends here at No Country, and thanks mostly to forgetting our plugs, our ears are still ringing. With Brooklynites Shellshag and Nor-Cal-ers Street Eaters paying us a visit here in Music City, we knew it was going to be a great night, but when you throw in Breast Massage, a side project helmed by locals Jake Orrall (of JEFF the Brotherhood) and  Karl Bergman (King Karl), we had some experimental heavy metal icing to top our punk rock cake.

We’ll  get down to telling ya’ll how it went down, and stop with the repetitive live-show-adjectives and the layered food metaphors after the jump, we promise. So, if you’re curious, click on. Otherwise, get back to work, and stop dicking around when you should be doing something more productive!

When it comes to shows at The Stone Fox, we tend to be perpetually early. You see at The Fox, start times vary and they are rarely set in stone (get it?)… but thats OK. As matter of fact, we kind of enjoy that about the west Nashville hang-out. It gives people time to mingle and mill about before the music starts, rubbing elbows with one another. The food is good too, which is always a plus, so you can grab a bite to eat without fear of your dinner conversation being drowned out by guitar.

This past Wednesday was no exception, and on the patio, over smokes and a few Miller High Lifes, we found ourselves wrapped up in a deep conversation about baseball of all things. Shell, of the band Shellshag, was very informed about all things MLB, and we went back and forth, mostly about the Yankees and his hometown team, the Houston Astros. We also talked music (of course) and he mentioned a YouTube video series his band had been shooting for fun back in New York, called Shellshonic shag-o-vision, that you should probably check out as soon as you’re done reading this post.

Before too long, we could hear the Street Eaters warming up, so we went inside to grab a taste. The Berkeley, California, punk two-piece was all spunk and fire from the get-go. Bassist/vocal Johnny Geek has his instrument calibrated just so, to sound like a funky lead guitar. So much so, that I didn’t even release it only had four strings, and not the six we are accustom to seeing, until they were three songs in. His fast strum technique also screamed guitar player, but we liked the nuance of a lower toned instrument taking lead.

Drummer/vocal Megan March was fast and furious from the start, beating her drum heads like they owed her money. We instantly connected with their sounds, and it was obvious, based on their playing skill and sharp lyrics, both of them have been at this for a long while. We highly recommend you check out their latest release Blood :: Muscle :: Bones at their official site. They kept it moving for their entire raucous but short set, and were super chill to talk to during the break. Nice to know a band can be punk on stage and pleasant off.

Soon the second act was taking the stage. We saw our new baseball friend Shell (with nearly knee high orange/navy striped Astros socks on) tune up his guitar and plug in his bands trade-mark amp fit with LED lights all-a-blaze. Shag plays her drums standing up and has Native American looking strands/clusters of bells adorned all over her body. Between the two of them is a custum built y-shaped mic stand, which enables them to face one another while singing and queuing each other for various aspects of the performance. When you combined all this together you get Shellshag; high energy, lo-fi garage punk poetry with Christmas lights.

The crowd hadn’t grown much from the first act, maybe fifty people total, but we’ve found we prefer these smaller, more intimate audiences, as a posed to shoulder to shoulder shenanigans. They blasted through their catalog of power chord punk songs, and Shag was a woman possessed on the drums.  She rained down blows with her sticks and gyrated in tune to generate sound from her impressive bell’ed wardrobe. Our favorite moments were their Shellshagged cover of “Just Like Heaven” by The Cure, and the Jenga style pyramid they built out of their instruments just after finishing up.

Throughout the night we’d noticed a serious amount of extra-large and powerful looking amps stacked on stage, and for the closer Breast Massage we found what they were for: rocking, faces, off! We could feel the bass in our chests and it was so loud (read: awesome) we thought our brains would explode. Easily the loudest show we’ve ever seen at The Stone Fox. It was all a wonderfully soupy mess of grunge bass licks, abrasive experimental guitar and heavy metal drumming. Occasional and interesting lyrics were cocooned in crunchy, dense jam session. Songs faded in and out of one another, and the whole performance melted into one long session. We loved every second.

When you search for info on this local all-star side project, you’ll have trouble finding any info (trust us we tried), but when we rapped with lead guitar and vocalist Jake Orrall before their set he mentioned they have a brand new record out entitled Soiled Fantasy and they had plans to hit the studio for a follow-up called Cruising for Filth. He also hopes to do some media promotion for the act as well, so stay tuned for further details/info. Even more importantly, make sure you don’t miss the next performance from the latest and greatest local band built in Music City. [JR]