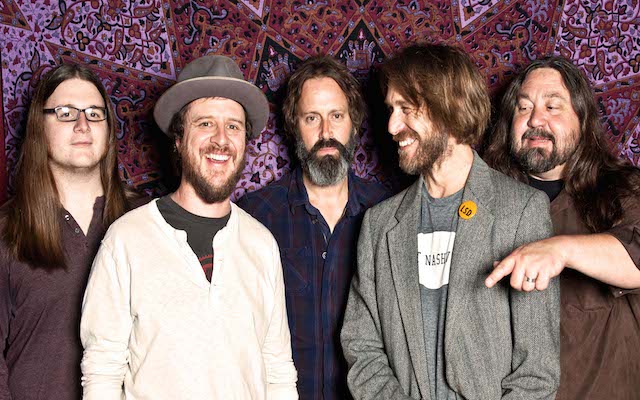 You might already be familiar with rock supergroup Hard Working Americans, but even if you haven’t heard this rocking six-piece, we bet you will soon. The group consists of Dave Schools of Widespread Panic on bass, Todd Snider as the singer, Duane Trucks (Derek Truck’s younger brother) on the drums, Chris Robinson Brotherhood’s Neal Casal on guitar, and keyboardist Chad Staehly from Great American Taxi; all of these musicians have former careers but came together last December to form Hard Working Americans. While they’ve managed to gain some traction already, with the release of their newest single/music video, “Blackland Farmer“, we anticipate the group will gain quite a bit more attention. The video highlights the plight of an honest but down on his luck farmer who gets into the marijuana industry and…well. We won’t ruin for you. You can watch the video for yourself below.

While the video will likely kick up some dust due to its controversial nature, the song itself is a fantastic cover of the 1959 Frankie Miller hit, and it’s interesting to see the song come into popularity once more. The band plans on releasing a single package on July 15th, which will include on vinyl both the studio and live versions of the track, a 25% off discount to the LoDo dispensary in Denver, and a pack of custom Hard Working Americans rolling papers. Furthermore, the group plans to go on tour (dates listed below the video) and has booked a handful of dates with Jason Isbell. The group will be playing Nashville at the Acme Feed and Seed on July 30th. Seeing as there are quite a few big names in this act and they directly address a rather controversial topic in today’s society, don’t surprised to hear the name Hard Working Americans tossed around more frequently in the future.