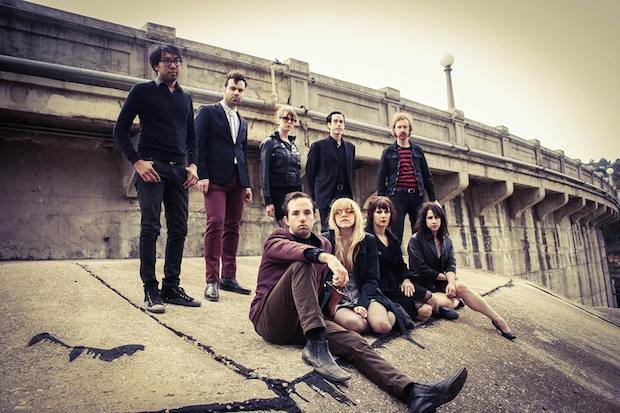 If you crave drama and excitement put to some amazing music, then The High Watt is where you want to be tonight. The only band featured for the evening is Jail Weddings, but the group’s eccentric way of presenting themselves is enough to upstage anyone, so it makes sense that they’re the only ones on the lineup for the evening. Tickets are just $7 for anyone 18+, so head on down there at 9PM (doors at 8PM) for a crazy, exciting show that will forever land Jail Weddings in your memory.

Like the name of their group, Jail Weddings is a precarious band sitting on the edge of a steep cliff – it sways back and forth dangerously and at any given moment it could fall off and shatter into a million pieces. Their latest album, Meltdown: A Declaration of Unpopular Emotions, brings attention to the dramatic insanity that propels the 9-member group into the limelight. They’re not shy about the antics their shows bring to the table, even bragging about how fist fights have broken out on stage in the middle of a concert. Still need convincing to see the tumultuous group? Amidst all of the chaos, Jail Weddings is known mostly for the attention-grabbing music they create. Have a listen below to one of their latest music videos, “Dead Celebrity Party.”