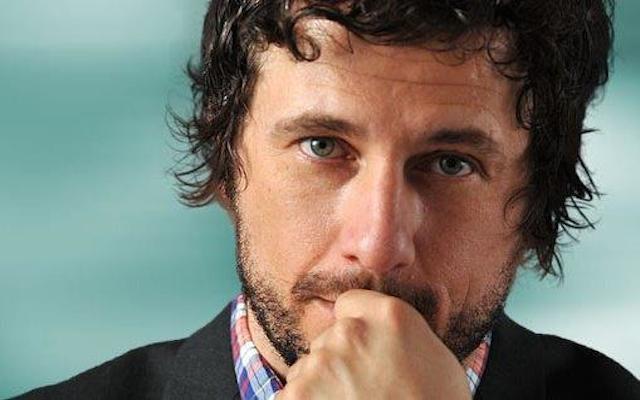 Happy Thursday Nashville! If you’re at all like us, Thursday has become your favorite day of the week in this past month. Why’s that? Nashville Dancin’, of course. The free concert series (which we’ve covered a few times before) has been a real success this summer, drawing folks out to Riverfront Park for the past two weeks to see some pretty fantastic acts. This week marks the third of eight installments of Nashville Dancin’, and much like the last two weeks, features some pretty spectacular acts. Tonight, you can expect to see local songwriting legend Will Hoge, local country outfit Drake White & The Big Fire, local (noticing a trend here?) songstress Clare Dunn, Nashville-based Americana artist Brian Collins, and finally the Music City native Donica Knight. If you somehow managed not to pick up on it while reading that last sentence, every single act performing tonight lives within the metro Nashville area. This is a distinct break from previous weeks of Nashville Dancin’ (last week featured two Australian artists), but it’s nice to see the Nashville Dancin’ crew doing their best to support local acts. We’ve got the rundown on all of these great artists after the break, if you need further convincing, but seeing as this is a free show with a very strong lineup, we imagine not too much convincing is needed. The doors open at 5 pm and music starts an hour later.

Even without the distinct honor of a Grammy nomination, the resume of tonight’s headliner, Will Hoge, is one of the most stacked we’ve seen. Somehow between his five studio albums, the man has managed to find time to tour a ridiculous amount; Hoge seems to have played with or opened for just about every country artist on the circuit. As one can imagine, the pressure to perform live has helped Hoge refine both his musical skills and stage presence, and today Will Hoge has no trouble proving why he’s the headliner. While country isn’t usually our thing here at No Country (it’s even in the name), we definitely support Hoge’s efforts, and his set tonight will probably be pretty spectacular.

First off, we’d like to congratulate Drake White and his live band The Big Fire for their recent admission to the newly reformed Dot Records, which happened just earlier this month. If you’re not familiar with Dot Records, it was a powerhouse back in its heyday, cutting tracks with the likes of Pat Boone and Louis Armstrong. The studio ran until 1978, but was recently reopened by the efforts of Big Machine. This appears to be exactly the break that Drake White needed, as his musical career has just begun to take off. Having released only his debut single in early 2013, White has accomplished a ton of just one track, even being invited to open for the likes of Lynyrd Skynrd and Eric Church. This appears to be the beginning of something great, and we wish Drake White & The Big Fire all the best in the their future endeavors.

We all know the story: clutching tightly to her guitar (likely a Gibson Hummingbird), the country girl dons her cowboy boots and some jeans, relocates to Music City, and attempts to make a career as a singer-songwriter. Unfortunately, for most, this may lead to a few gigs around town, but not enough to play full time. However, every so often, one of them makes it. Clare Dunn is most definitely one of the ones that made it. Dunn attended Belmont University, but has really done a fantastic job of establishing herself in the music industry, opening for and maintaining relationships with Nashville’s top country acts. The gal certainly plays with a confidence you rarely hear, and we’re sure her set tonight will definitely generate some interest in her unique tunes.

Remember a few years ago when that clip of a reporter yelling “boom goes the dynamite” went viral? Yeah, that’s not the Brian Collins we’re talking about here, though wouldn’t it be awesome if he showed up? Anyways, this Brian Collins is the Georgia native that’s made a name for himself in the country scene for uncompromising honesty. In a genre that prides itself on genuine, down-to-earth lyricism, even the most well written tunes can have trouble standing out, and yet, there’s just something different about Collins. It just seems more…real. It’s a phenomena that is a struggle to put into words, but if you show up for his set this evening, you’ll no doubt know exactly what we’re talking about.

Take a minute to check out the biography on Donica Knight’s Facebook page, and you’ll notice that the Alabama native has no qualms with fans realizing she’s at the beginning of her career. Most acts seem to try to hide this fact; they want to appear established, as professionals, and like they know what they’re doing, but let’s be real here: no one in the music industry really knows what they’re doing. That’s precisely why it’s such an exciting, fast-paced industry; so much of it is simply made up on the spot and there’s absolutely no reliable way to predict what will be popular in the future. Knight fully embraces that aspect of the music industry, openly admitting to fans that she has no clue what will happen next, other than the fact that she’ll keep putting out some great tunes and riding this wave as long as possible. So far, it’s worked out pretty well for her, and she’s managed to generate a pretty decent social media following. Her live show tonight will definitely be a treat, so get out there early enough to catch the entire performance starting at 6.

Will Hoge, Drake White and the Big Fire, Clare Dunn, Brian Collins, and Donica Knight will perform 6/26 at Riverfront Park. The show is all ages, begins at at 6 pm (doors at 5 pm), and is free.