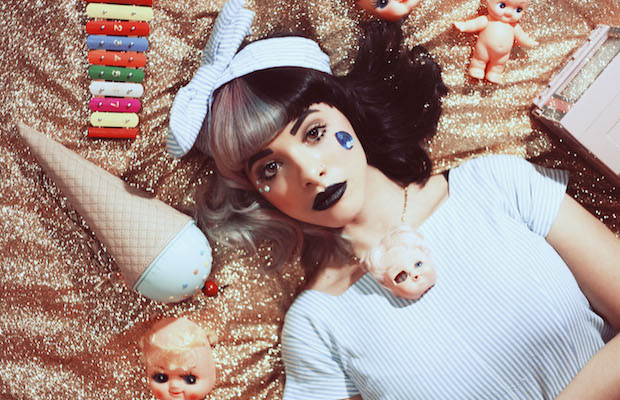 Though “former reality show contestant” often comes with a certain stigma in regards to musical legitimacy, anyone who watched teenage prodigy Melanie Martinez on season three of NBC’s The Voice knows that she is, without a doubt, the real deal. A burgeoning, alternative anti-pop starlet in the vein of fellow youngster Lorde, Martinez is slowly and organically building a following as she effectively cultivates what is sure to be a long and prosperous solo career. Her latest tour brings her to The High Watt TONIGHT, and, opening up, are another band we love (and the reason this show first caught our eye), Dresses. Tickets are still available, this one’s all ages, and you can find out more about both acts below.

At barely 19, Melanie Martinez is, undeniably, one of a select few contestants to emerge from The Voice with long-term career prospects. Though she didn’t win the competition (that honor went to the more crossover-appealing Cassadee Pope), she still managed to captive audiences, despite having a very free-spirited, high-concept, artistic, and, for that  type of show, niche appeal. It’s probably for the best anyway, as Martinez has caught the eye of numerous talented producers and collaborators, and is working to build the career she clearly has a strong vision for. Her recent debut EP, Dollhouse, is dark and mature beyond her years, adopting a seaonsed electronic and experimental pop sound, and showcasing her voice in ways that prove she’s here to stay. Catch this star-in-the-making at The High Watt while you can, because we have a feeling that next time she comes around, it’ll be in a much larger room.

We caught Dresses last fall, when they passed through town to support Mona and The Limousines, and were simply enchanted by their delightful indie pop sound. The guy/girl Portland-based duo (who are a real-life couple, d’awww), came together to write, and picked up steam fast, captivating the internet with their hypnotic and pleasant sound, and whimsical cover songs.  They played their first show in early 2013, and, soon after, began to tour, releasing their fantastic debut full-length, Sun Shy, last fall through SideOneDummy. Thoroughly indie, thoughtful, infectiously catchy, and laden with punk sensibilities, Dresses are a perfect compliment to Melanie Martinez, and one hell of a great reason to show up early. Whether you make it tonight or not, this is a band that should be on your radar.