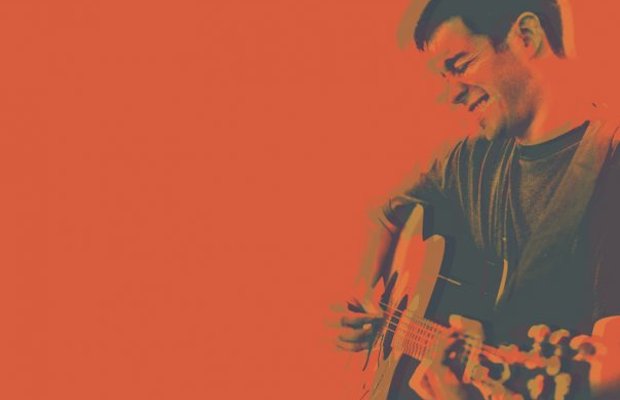 You thought we were done with Club Stage bands, didn’t you? Well, so did we. However, in our obsessive attempt to bring you previews of every single act on this year’s Bonnaroo lineup, we’ve made a point to double (and triple… and quadruple…) check the bill, to update our own coverage and to clue you in on any additions. Even though we’re in the 11th hour, a few extra Club acts have silently been added. One such performer is singer-songwriter PJ Loughran, and the story of how he presumably ended up on ‘Roo’s radar is an interesting one.

A New York native now residing in Chicago, Loughran founded a digital creative and social media agency called The Distillery in Chi-town in 2012. The Distillery joined Superfly Marketing Group in 2013, and, if that name sounds familiar, it’s because they’re the co-creators of Bonnaroo. Loughran now holds the title of Executive Creative Director at Superfly, so, presumably, you can thank him him for all of the fest’s innovative and engaging marketing as of late. In addition to decades of experience in the marketing world, which includes work for countless high-profile organizations, Loughran is a skilled illustrator and accomplished musician. His singer-songwriter folky style is hard to define, incorporating elements of blues, straightforward rock and roll, jam, and funk. He’s an important behind the scenes part of the Bonnaroo family, but, this summer, you have a chance to catch PJ Loughran a little more front and center.