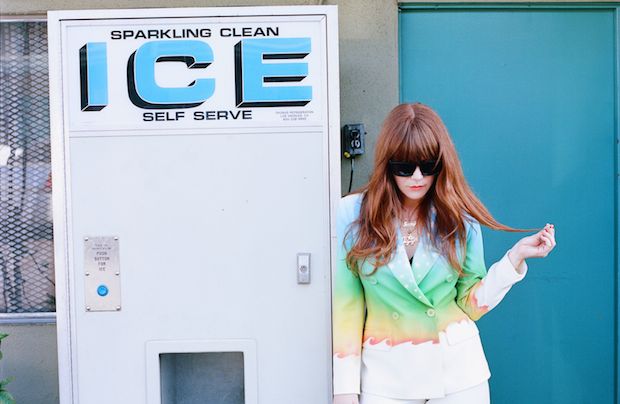 Hyping the upcoming release of her third solo record, Jenny Lewis dropped her first new single in nearly since six years with “Just One Of The Guys”.  The new album Voyager is the follow up to Lewis’s 2006 release Acid Tongue, and it’s her third solo release overall.  Of course, those of you that know Lewis, know that she has had a prolific career beyond her impressive solo work.  She was a part of The Postal Service for a few songs, but, more famously, she fronted the indie rock band Rilo Kiley in the early oo’s, and even dropped a duet with her partner Jonathan Rice in 2010.

The track features more of the same pop-stylings that have made her one of the more prolific songwriters of the past decade, and a must see at this year’s Forecastle Festival.  Throw in the fact that the track is produced by Beck, it calls into discussion a possible on-stage collaboration between her and the festival headliner this year.  Voyager releases on July 29th, and you can check out “Just One Of The Guys” below.  If you haven’t already, you better snack up your ticket to Forecastle Passes while you still have a chance.