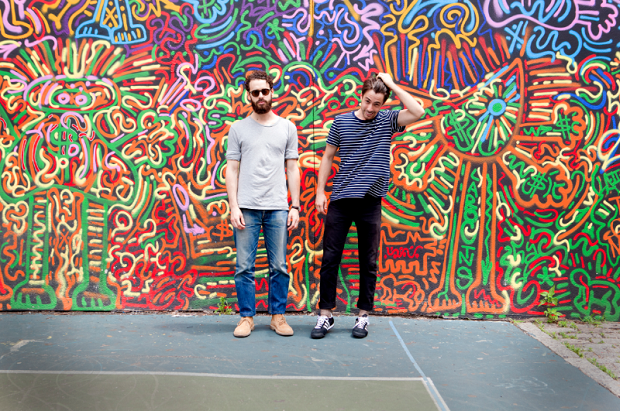 With Bonaroo just around the corner, things can tend to get a little quiet here in Nashville in the way of great local shows, due to the infamous Bonaroo radius clause. But, alas all hope is not lost, there is one band that will be pounding, stomping, and dancing their place into the stage at Mercy Lounge in just a few weeks. PAPA will be coming through on Thursday June 12th for Communion Nashville which will also features blog favorites like Vinyl Thief, *repeat repeat, Honey Locust, Army of Me, and Seryn. To say we are excited about this night would be a vast understatement. Keep reading here to find out more about the indie-pop sounds of PAPA, and grab your tickets here.

The boyhood best friends of Darren Weiss and Danny Presant have been performing across the country since 2008 when they formed the group PAPA while still in college in New York City. Ever since then, they have been perfecting the charged energy infusion of quick melodic musings and a base instinct of meeting foot to ground. Weiss remarks on how they have been called “necessary music” in that they “satisfy the soul”, we would have to whole heartedly agree. The anticipation of watching their live performance builds as so many claim it to be a perfect exhibition of immense passion and energy. Get a glimpse here with their music video for the single “I Am The Lion King”.