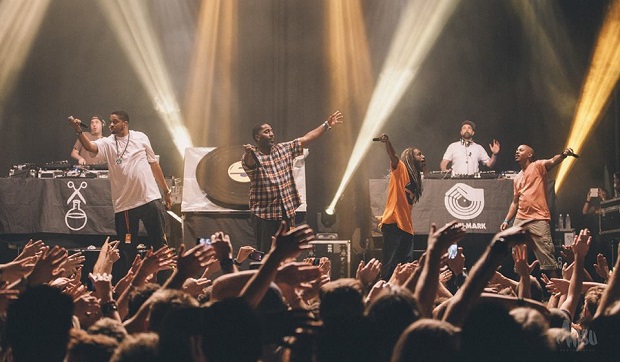 Seminal 90’s/00’s alternative hip hop collective Jurassic 5 have announced a Nashville date at Marathon Music Works on July 29th.  The show is part of the reunion tour for J5, and should even feature the return of DJ Cut Chemist who has gone on to a successful solo career.  The band first reunited last year for the Coachella Music Festival, and recently released a new track, “The Way We Do It”.  The track was produced, and includes vocals from the late Heavy D, which means it must have been in the vault since at least 2011, when the hip-hop legend passed.

We’ll have more about this show as the date approaches, but you can go ahead and peep the new track below.  You should also go ahead and grab tickets now, because who knows when this will happen again.