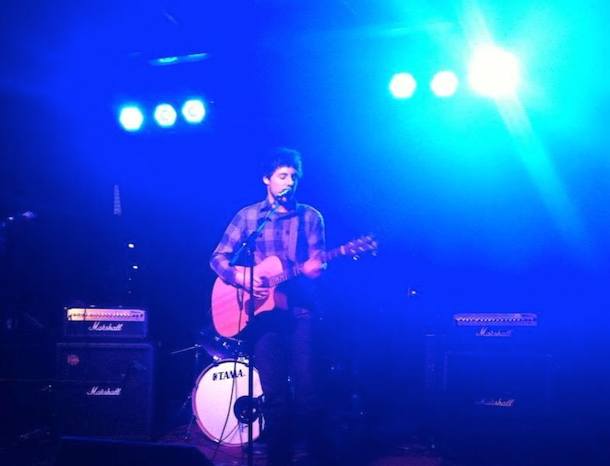 Formerly known as That’s CooL, Daisy Duke’s is the Berry Hill area’s only live music venue, and it’s here that Wisconsin natives Crash the Lights will be playing tonight. The show is 21+ with no cover and it kicks off at 9PM. In addition to Crash the Lights, Steve Lewis Three and Georgia-based Mother Mary will be taking the stage. It sounds like it’s going to be an eclectic night of music, with everything from indie acoustic to alternative punk rock. What does this mean? It means that no matter your genre preference, you’re bound to enjoy the show as well as be exposed to music you may not have always been familiar with. Check out more about the line up below.

Crash the Lights somehow brings a rocker vibe to acoustic music with jiving vocals and upbeat tempos that keep listeners engaged. Originally from Madison, Wisconsin, Crash the Lights very much so has an Owl City thing going on – the only official member is Eric McKinney, which allows for the music to have a definitive direction in which to grow and move in. McKinney does assemble bands for live performances, but he is ultimately the brains and talent behind the creation of Crash the Lights. Listen to the following song to get a taste of his abilities before seeing him live.

The only Nashville native to take the stage tonight, Steve Lewis has the old soul of a 1970’s funk god mixed with a new age enthusiasm. In an effort to bridge the gap between funk, rock and folk music, Lewis has put together an album of songs influenced by artists such as Beck, The Black Keys and Jack White. Listen below to hear the way he brings it all together.

Straight out of Georgia comes Mother Mary to play the band’s first out-of-state show right here in Nashville. With three core members (and apparently a back up dancer listed as “Horse-ey the Horse”), Mother Mary is a relatively new punk rock band looking to bring their music to more than just the general Georgia population. Check out a clip of the band playing live below.

Crash the Lights, Steve Lewis Three, and Mother Mary will perform on May 29th at Daisy Duke’s. The show is 21+, begins at at 9PM (doors at 8PM), and it’s free to attend.