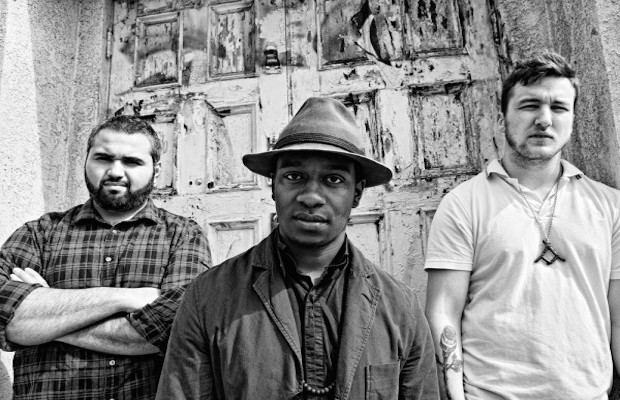 Although their talent and songwriting ability might be impressive, some bands produce music that a lot of their fans think they could replicate on a technical level. Today’s Bonnaroo Club Stage Band of the Day, Animals as Leaders, are most certainly not one of these acts. Born out of the ashes of prog metal mavens Reflux, AAL were founded by guitarist Tosin Abasi, one of the most gifted players in the heavy music scene. The guy can shred so quickly that it’s difficult to even tell when one note stops and another starts. However, Abasi, guitarist Javiar Reyes, and drummer Matt Garstka where not content simply running through scales at 9000 BPM; they also make an admirable effort to tell a story through their music. The result is a instrumental progressive metal sound that is distinctly different from anything you’ve ever heard before.

So far, Animals have put out three studio albums, the most recent of which, The Joy of Motion, dropped just last March. Sonically, the band have matured quite a bit since their first album, settling into a unique and unparalleled sound; we’d actually like to help you understand that leap by inviting you first to check out the music video below (“CAFO,” from their self-titled debut) and then the audio embed, “Tooth and Claw,” which comes from Animals as Leaders’ most recent album. It should be obvious that the group have begun to use a more aggressive, energetic approach to their tunes, which is sure to translate well live. Having already made a name for themselves in the metal scene, clocking in countless hours touring with the likes of Between the Buried and Me, Underoath, Decapitated, and Circa Survive, there’s little doubt that Animals as Leaders are one of the most anticipated metal acts performing at Bonnaroo this year, and they’re sure to be more than satisfying to fit in your heavy music fix. See you there!