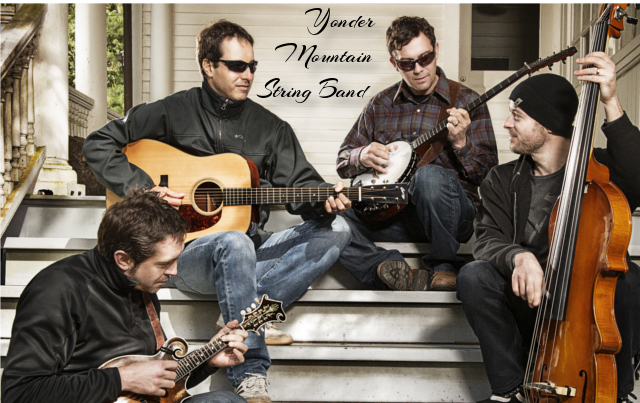 Chances are you’re probably familiar with today’s Bonnaroo Band of the Day, Yonder Mountain String Band, as they are stars on the bluegrass circuit, and a group we’ve given coverage before. The group, which formed together in 1998, plays a lively, modern take on traditional string music, an approach that has proven to be quite successful over the course of their sixteen years on stage. While the three piece (four until recently; member Jeff Austin just left the group last month) has put out more than 10 studio records in their time together, real Yonder fans know that the group’s biggest strength is their live show. Featuring heavy improvisation, extended solo jams, and typically a special guest or two, it’s quite obvious that Yonder’s rowdy live show has been a key component in the success they’ve obtained.

Yonder Mountain String Band has been a perpetual favorite at Bonnaroo; by our count, they’ve played the festival at least four times before, in 2003, 2004, 2005, and 2008. With this much Roo experience under their belts, it only makes sense that the group will get to perform on the What Stage, which is the largest stage at the festival. We predict that Yonder will pack the house (or, well, field), as they had no trouble filling Marathon Music Works a few months back. All in all, these guys are veteran Bonnaroovians, and you owe it to yourself to get out and see them play.

WATCH | “They Love Each Other”