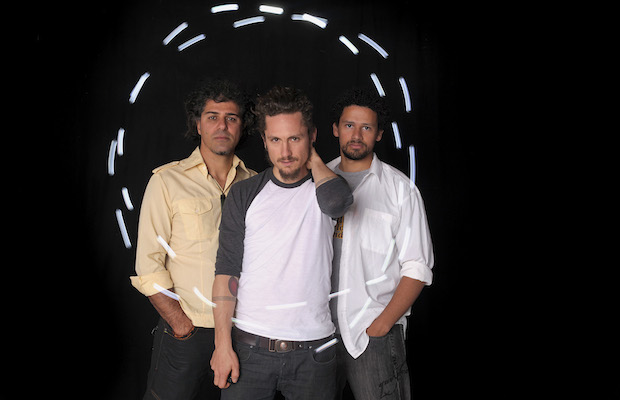 Born in California, but raised in Australia by his Aussie father, John Butler is one of the most successful artists from down under in recent years, and has become a huge live festival staple stateside. He has won multiple ARPA and an ARIA award, founded his own Australian label called Jarrah Records, and has released nine albums (three live, six studio). Over the years, the lineup has changed several times but, since 2001’s independently released Three, his band always been dubbed the John Butler Trio. The latest incarnation features John on guitar and vocals,  Byron Luiters and bass, and Grant Gerathy  on drums and percussion.

A skateboarding neo-hippie and an art school dropout, Butler got his start in ’96 busking on the street for meager tips. Even then his amazing gifts were obvious, and, over the years with his band, Butler developed his own genre-bending sound; a hodgepodge of everything but the kitchen sink. There are elements of folk, roots rock, jam, reggae, ’90s grunge, Celtic pipes, hip hop beats, protest and socially conscious lyrics, and, always, his legendary Bluegrass-inspired fingerpicking. The man is a clawed beast on his diverse range of instruments; if you’ve never seen him live, you owe it to yourself to take in one of the greatest living pickers we have ever seen. His fingers are a whirling dervish of lightning quick movement, and it’s amazing that his guitar has never caught fire from all the astonishingly fast friction. The John Butler Trio’s excellent new album, Flesh & Blood, dropped in February, and was birthed during a series of impromptu jam session at Butler’s studio in Fremantle, Australia, nicknamed The Compound. The fellas recorded it in just over two weeks from scratch, a different approach than previous releases, which were formed around pre-written ideas. Zombie fans will love the video for the lead single “Only One,” included below, but you don’t have to be undead to enjoy JBT. You’ll have two chances to see what we’re raving about, so don’t miss either performance!

WATCH | “Only One” (Official Music Video)