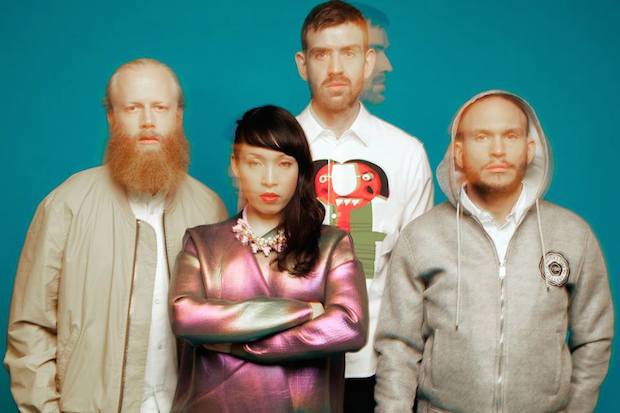 Although founding members Yukimi Nagano (vocals) Erik Bodin (drums) and Fredrik Källgren Wallin (bass) started making music together during their high school years in the nineties, the Swedish dream pop, neo-soul, indietronic musicians didn’t officially become Little Dragon until 2006, when they added Håkan Wirenstrand on the keys. They got their name from Nagano’s fiery temperament and fierce energy in the recording studio, which she says is a “little exaggerated but there is some truth in it”.

After moving to an artist collective called the Seal Colonie in Gothenburg, Sweden, they released a vinyl-only single on the small label Off the Wall Records. Despite minimal exposure and even less distribution, they got some attention from English radio, and were soon signed to London’s Peacefrog Records, who released their self-titled debut full-length LP in 2007. A couple more albums and a slew of high profile collaborations later, including appearing on two tracks of the Gorillaz’s 2010 album Plastic Beach (“Empire Ants” and “To Binge”), they seem poised to blow even bigger state side. Little D’s latest album Nabuma Rubberband, was released earlier this month on Seven Four (part of Republic Records) and debuted at #14 on the UK Albums chart and #24 on US Billboard top 200. With Gorillaz/Blur frontman Damon Albarn also on the Roo bill this year promoting his solo record Everyday Robots, we wouldn’t be surprised in the least if he sat in with them for a song or two or vice versa, but we’ll all have to wait and see for ourselves if this epic collaboration happens live and in person!