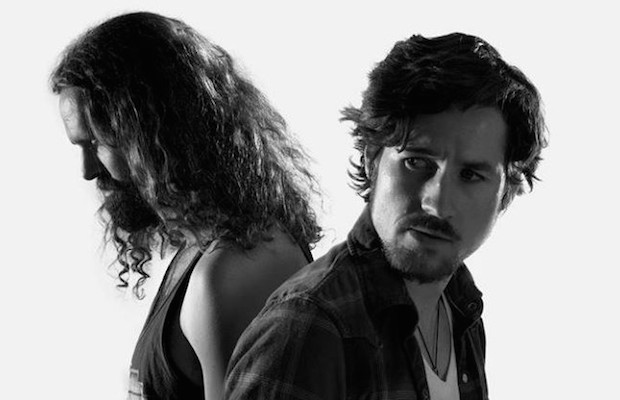 Remember how the Black Keys used to sound? For like the first four albums? Channel that raw, garage guitar blues through a southern rock prism and you have Black Pistol Fire. The Austin, Texas (via Toronto, Canada) duo have been at this for awhile, best friends since kindergarten, but, chances are, they’re probably a new name for most of you. We suggest you get up to speed with our track picks below, ASAP.

Kevin McKeown (guitar/vocals) and Eric Owen (drums) got their start as part of a promising Canadian band called The Shenanigans. They released one LP (Bombshell Baby) and toured all over their native land, but, soon, things seemed to get a little stale, so McKeown and Owen packed up and headed south. They landed in Austin, TX in 2009, and lived in poverty before catching their break when big name producer Jim Diamond (The White Stripes, Jon Spencer Blues Explosion) saw them and offered to produce their first record as a duo. Black Pistol Fire’s self-titled debut dropped in 2011 to moderate success and critical acclaim, but they didn’t take the time to notice. In 2012 the group released their second LP, Big Beat 59, and a crazy awesome tribute to Little Richard, a five-song EP called Shut-Up! After touring relentlessly for most of 2013 with biggish names like Band of Skulls and Black Rebel Motorcycle Club, the two released their third full-length, Hush or Howl, last April. Odds are they’re not slowing down anytime soon, so get on board now or get run over by BPF later as they continue their one-way journey to headliner status.