Bonnaroo Band of the Day: The Naked and Famous 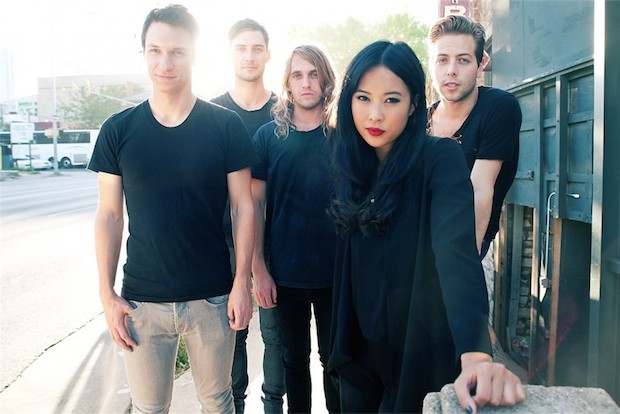 After their hyper fast rise in popularity throughout 2010 and 2011, propelled by their epic debut LP, Passive Me, Aggressive You, and its massive breakout single, “Young Blood,” we were shocked to find out that New Zealand synthy, indie, post-punk revivalists The Naked and Famous are Roo virgins! The good news is you can be there to see their inaugural performance, and we can assure you it will be one worth remembering.

The group formed in Auckland, New Zealand, at MAINZ Music college in 2008, coming together to record two EPs, which would set the template for their breakthrough effort, Passive Me, Aggressive You. It wasn’t long before “Young Blood” began tearing up the charts, and helped propel the band to massive acclaim in their native New Zealand, nabbing them numerous television placements, award nominations, and chart certifications. Relentless touring followed, and led the band to eventually settle in Los Angeles, where they would write and record their latest release, In Rolling Waves. Channeling a melodic and infectious pop sound, alternative rock and indie pop tendencies, and an affinity for ’80s new wave and post-punk, The Naked and Famous are an eclectic, endlessly enjoyable fusion of styles, and one of the most fun and pleasant live acts on the Bonnaroo bill! Check out one of their new songs below, along with video for the song that kicked their career into high gear.