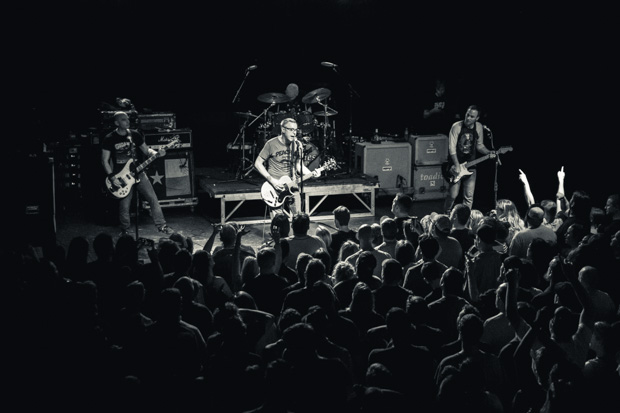 After prepping for and performing our interview with Toadies drummer, Mark “Rez” Reznicek, we were eager for the Toadies, BattleMe, and Supersuckers show this past Tuesday at Exit/In. We got there early to be close to the stage, and fans filled in steadily until they were shoulder to shoulder all the way to the back of the club. The lineup delivered a night of groove-heavy hard rock that kept the sea of bodies bobbing and fists pumping for hours. It was loud, but it’s the kind of music that should be loud. Anything less would be weird.

Read more about the show and view the photos by clicking the link below. 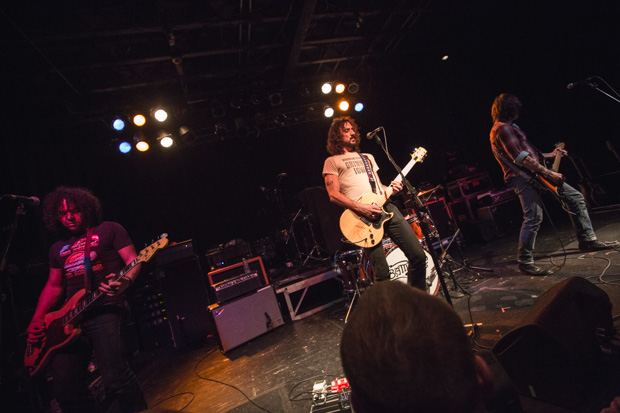 Battleme kicked things off with their steady, slow tempo, driving rock. Singer and guitarist Matt Drenik made regular use of his guitar’s feedback through the amp while striking a rock pose. 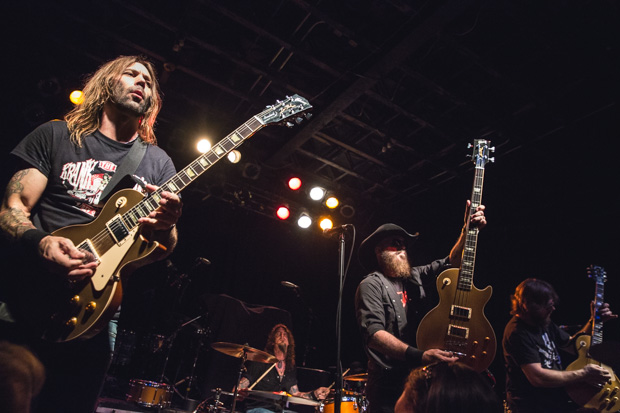 Right before the Supersuckers took the stage, ZZ Top’s version of “Thunderbird” played over the PA. We didn’t appreciate the foreshadowing until the band filled the stage. Singer and bassist Eddie Spaghetti grabbed his goldtop Les Paul bass, donning a cowboy hat, boots, sunglasses, beard, and scorpion belt buckle. Although the tunes bear little resemblance to anything from that little ol’ band from Texas, his grumbly voice completed the image in our minds of a nod to Billy Gibbons. Guitarists Dan ‘Thunder’ Bolton and ‘Metal’ Marty Chandler, with their matching goldtop Les Pauls, rocked hard and loud, as well. At the end of every song, these three showmen held out the last notes while lifting their guitars into the air. A few songs in, Eddie Spaghetti announced to the crowd, “We would like to introduce the greatest rock n’ roll band in the world. The Supersuckers!” And they launched into the next song.

The sound, though, was not ZZ Top. Their brand of rock is more punk-influenced but with the melodies and harmonies of more mainstream hard rock. They engage the audience with an intensity that many bands should strive for. It was a fun set they concluded with 21 hits of the last chord. 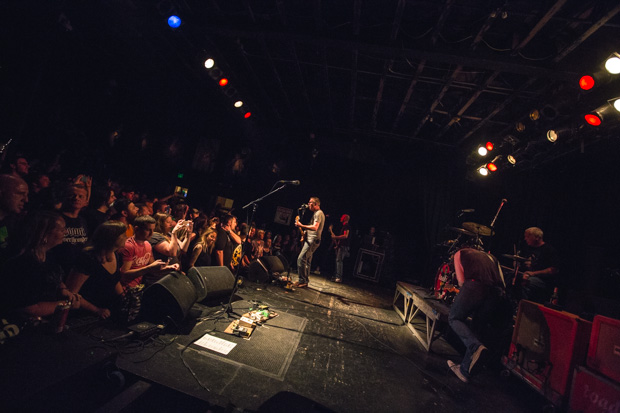 The Toadies came on and went right into performing the album Rubberneck. Twenty years after its release, the album still garners intense enthusiasm from crowds song after song, and it’s easy to tell why. It’s a great rock album, and their performance this week was dead on. It is beyond impressive how well singer Vaden Todd Lewis’ voice has held up, and his scream is the kind of stuff that would leave most mortals hoarse for a week.

Near the end of the Rubberneck set, two members of the crew came out with floor toms and joined in on “I Burn” like a Japanese taiko drum group. It made for an energetic end to that portion of the show. They then went on to perform killer tunes from their other albums and even a rockin’ Toadies version of Blondie’s “Heart of Glass.” We’ve seen the Toadies at Exit/In a few times, now, and the crowd gets bigger every time. Hopefully they’ll keep up the trend and pass back through in a year or so. If they do, we’ll be there.