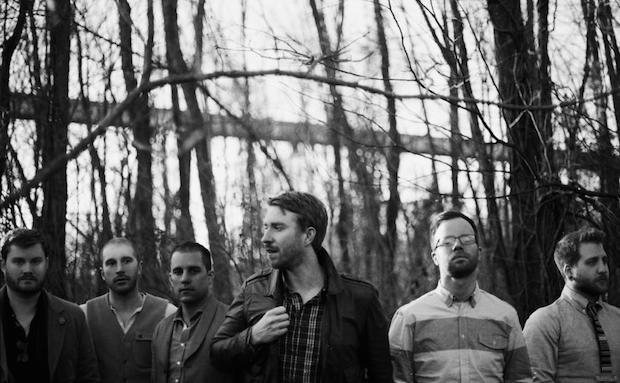 Bronze Radio Return seems to be on a mission to visit every state in the USA. From Maine to Oklahoma and Virginia to Connecticut, it’s finally Tennessee’s turn to get a taste of the indie band that truly enjoys reaching into the roots of America to find musical inspiration. Joining Bronze Radio Return on their spring tour is Ohio-based rock band Hey Monea! and both bands will be making their Nashville appearance tonight at Exit/In. Tickets are just $12 adv. or $15 door price and the show starts at 9PM, so be sure to check out more about the lineup and put the show in your calendar.

This band has a lot to be proud of – their music has been licensed out to several television stations and shows (most notably American Idol) and commercials have used the band’s songs on various occasions. However, Bronze Radio Return remains true to the original belief that this is first and foremost a live-performing group. The band of six boasts an interesting songwriting style, stating that their lyrics often come from quiet, peaceful surroundings while melodies flow free out of the concrete jungles of a city layout (perhaps Nashville will inspire a song or two), which explains all of the state-hopping. After recording their most recent album in 2013, Up, On & Over, Bronze Radio Return promptly hit the road to bring their indie roots rock to the rest of the states that haven’t had the opportunity to experience the magic in person.

It’s always exciting when a band has an exclamation point in the name. Just seeing that punctuation makes you think that it’s going to be a fun time, and Hey Monea! delivers. The Monea brothers, Dan and Nate, have teamed up with Adam Orin to make up this trio of rockers who are on a mission to play good music. Having opened for the likes of Bruce Springsteen, it’s a safe bet that Hey Monea! is on the right track. Now on tour with Bronze Radio Return to promote their latest album, Cheap Souvenirs, the band is sure to live up to that exclamation point punctuating the end of their name.