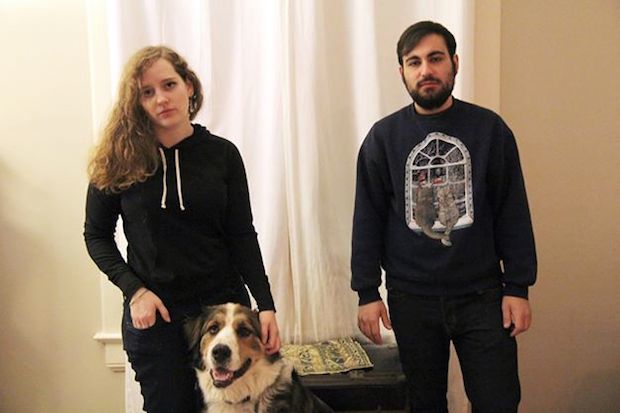 Week in and week out, we here at No Country do our best to bring you the latest news on all things that matter in the world of indie music and most (non country) major label news. We’ve been saturating you with Bonnaroo converge and running ticket giveaways, but our real goal and our greatest joy, is bringing you news on new, awesome, 100% local music.

Tonight at The End, Sad Baxter, The Beach Benders and Shut Up form an epic, totally Nashvillian bill that will featuring solid talent for only $5. Show starts at 9pm and it’s 18 + so you can bring pretty much whoever. We’ve already told all you really need to know, but read on for more info about the bands and some samples of their goods.

When it comes to naming their inspiration, local three piece Sad Baxter likes to keep it simple. “Dogs of all sizes” according to their bandcamp page. We think their sounds are a mixture of Nirvana grunge and Phantom Planet power pop. Drummer Alex Mojavarian is also a member of one our Road to Bonnaroo contest winners ELEL so you’ll have plenty of chances to see him perform, but tonight it’s all about Sad Baxter.

We’ve been telling you about The Beech Benders for a while now, and, if you love neo-soul, surf rock but you hate Beach Boy lyrics, then here’s the ultimate band for you. The Beech Benders are an instrumental Nashville four piece that keep it simple while still maintaining optimum groove. Guitar player Zach Tichenor (aka Fizzy) also plays in the already mentioned Bonnaroo performing band ELEL, which is even more proof that our talented, local players are the hardest working musicians around.

We first told you about Shut Up almost two years ago, when they were rocked out the Family Wash for the first time.  Now a three piece, Shut Up has adapted to more of a 90s dance rock inspired groove that is equal parts Yeah Yeah Yeahs and PJ Harvey with a grunge overlay. Enjoy the video below for “Valentine”, and get to The End early to see what they are all about in person.

Sad Baxter, The Beech Benders, and Shut Up will perform TONIGHT at The End. The show is 18 +, begins at at 9 pm and tickets are available at the door for $5.