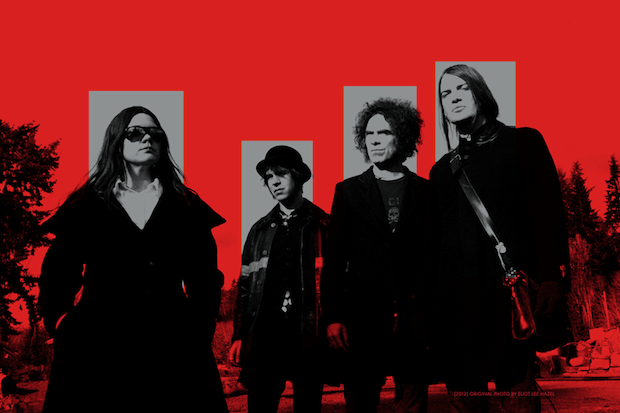 The Dandy Warhols with The Warlocks.
Mercy Lounge, Nashville, TN
May 5th, 2014


We know by the time Monday rolls around most of us are a little bit partied out but you’re kidding yourself if you think it’s never worth a rally. Believe it or not Mondays can rock. Don’t trust us? A perfect example was Monday May 5th, when The Dandy Warhols came to Mercy Lounge and gave us a wonderful evening of musical bliss bringing along ruckus rockers The Warlocks to liven up the party even more.

Despite it being most everyone’s least favorite day of the week, it turned out to be an amazing night of live music. There is little doubt that some people in attendance were fighting hangovers, ourselves included, but the crowd energy was enough push us through. Read on after the jump for a full review, and stop passing on great shows just because they occur during the traditional work week!

After an intense Sunday Funday of drinking my Monday hangover was very real and omnipresent but we needed someone to cover the show, because our scheduled writer was unexpectedly detained in traffic heading back to Nashville from Memphis. We’d been hyping it for weeks and wanted coverage so someone had to step up. After some back and forth texting, our editor-in-chief sent this simple reply.

“Don’t be a pussy.” Hard to argue with that.

Upon arrival, the crowd at Mercy was sparse but growing. The thought of ordering a beer occured but was never realized. Better to just sweat out the whiskey from last night than compound the problem. Everyone started to congregate in front of the stage and wait for openers The Warlocks to begin.

Touring and making music together since 1998, the band came to the stage, and got straight down to it. Their neo-psychedelia, experimental, heavy shoegaze rock is as unique as it is loud (meant in a good way). The decibel level was easily as high as we’ve ever heard at Mercy, and we loved ever heavy metal inspired riff. With trippy video playing behind them the whole time, including clips from the classic cult film Metropolis, their music has a dark and eerie edge we really enjoyed. The often ambient guitar would leave listeners in a trance and build to crescendo before crashing down with heavy, heavy bass & drums. They reminded me of a louder/heavier version of The XX with a bit of Frank Zappa mixed in for flavor.

During the performance we noticed Zia McCabe (of The Dandy Warhols) bounding about the audience in her pigtails and crazy LED light raver rings, grooving to the tunes. She even joined them on stage for a song before they wrapped it up and made way for the main event.

Not too much later the Dandies took the stage and immediately dived into their treasure trove of hits including “We Used to be Friends”, “Bohemian Like you”, “Down like Disco”, and “Now You Love Me”. It’s hard to believe that it they’ve put out nine albums in their twenty-year history including their most recent release The Machine (2012) which is a more stripped down version of their music in comparison to their earlier albums. Their power pop, neo-psychedlia sounds were familiar to us from the 90s-00s era of counter-culture alternative rock documented in the 2004 film Dig! they made with fellow west coasters and equally awesome band Brian Jonestown Massacre.

Top to bottom it was a greatest hits parade and the band seemed to build off the crowds energy as the show went on. They even got us all to sing along to “Happy Birthday” for a fan in the front row named Leslie. However, there were times that front man Courtney Taylor-Taylor was tough to hear on his famous effect laden dual mic set-up. Maybe it was the sound guy, but the falsetto didn’t always carry through to the speakers. Luckly it didn’t detract from an otherwise amazing show, and another childhood favorite to be crossed off our list.

They went straight through for about two hours without playing the encore game but after finishing, Zia stayed behind to play a mini-DJ set on her stack of keyboarders/synthesizers that was very cool and a definite highlight of the evening. After chugging only water all night, the hangover had finally abided and there was another great night of live music ready to be documented. Our advice? No matter how hard you go on the weekends don’t be so quick to dismiss a Monday show. This post was a perfect example of what can happen even on the worst day of the week in Music City.