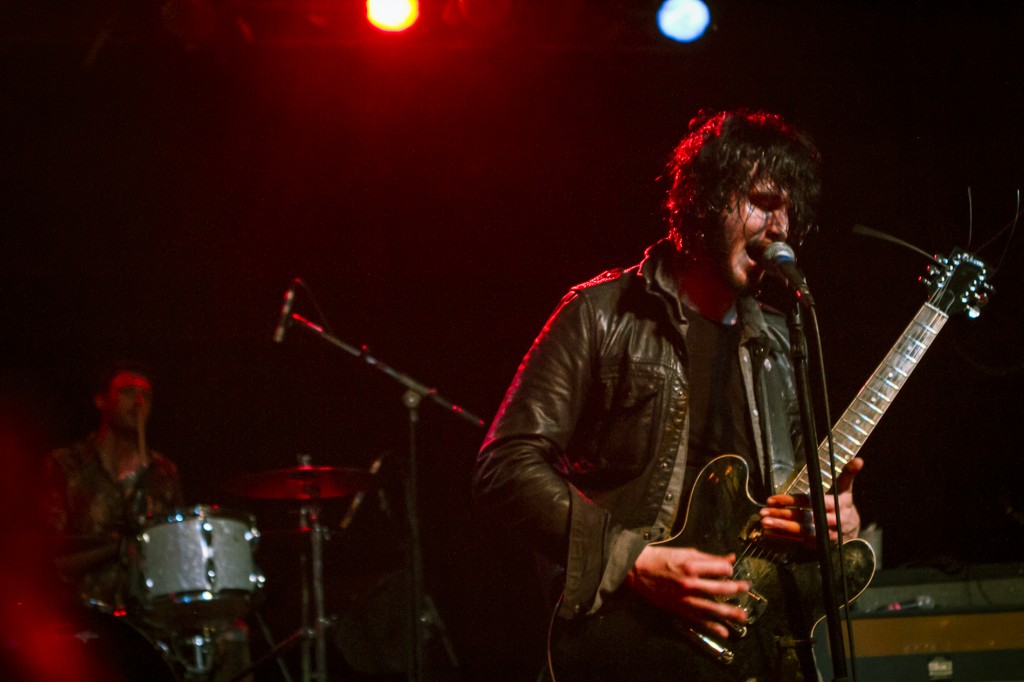 Last October, a grizzled man in black opened up for J Roddy Walston at Exit/In and showed everyone why openers are not to be underestimated. Since that show, Reignwolf has been touring through Australia and Canada and now he’s back at the Exit/In TONIGHT headlining with The Black Cadillacs. Both of these bands make a person want to break stuff and get rowdier than a long night with a bottle of whisky. This combo is iron and leather; claws and teeth. We’ve been piecing our faces back together since the show in October, and we’re ready for another night of punchy and howling guitar riffs.

The doors open at 8:00, and you’d better believe you’ll see us there. Go ahead and learn a little more about the bands after the jump.

Jordan Cook, aka Reignwolf, got his first strings in his hometown of Saskatoon, Saskatchewan, and was playing sessions at the local blues club by the age of five. No kidding. Just a few years ago, he moved to Seattle. The man is a wild and talented guitarist, ripping through riffs, furiously slamming his strings, and cranking up the hype. When we caught him opening for J Roddy in October, he seized everyone’s attention quickly when he stood on the edge of the stage playing BOTH a guitar and a kick drum. His raspy vocals match the buzzy tone on his axe and his music sounds every bit as gritty as he looks. Get out to the Exit/In tonight to see the wolf. We guarantee a face melting.

The Black Cadillacs have been described as “blues-based indie rock”, and they hail from Nashville’s Tennessee neighbor, Knoxville. The band has released two albums, with their most recent, Run, being dropped in 2012. The six piece has a mix of classic and modern sound, from Neil Young to The Black Keys. The Exit/In is in for one hell of a night.