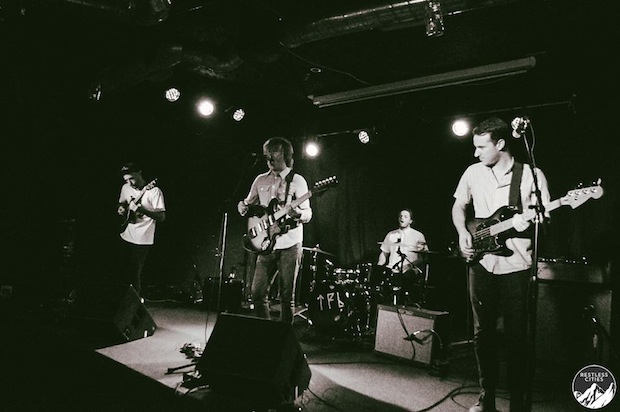 Self described rock ’n’ rollers, and new(ish) on the scene LA quartet, The Futures League, have some how managed to book a slot at Bonnaroo mostly on live performance hype and raw talent. Since forming in 2012, the band has only released a self-titled EP (2012) and the aptly titled follow up called The 10 Inch which was released mostly in the 10-inch record format. Be sure to have a listen below, and, if you like what you hear, you can purchase hard copies from the band on this link.

We really dig their pop punk, alt rock sensibilities, and, based on what we’ve heard so far, we can’t wait to see them live and in the flesh to find out what they’ve been working on recently. One of our favorite local low-fi garage rockers Pujol will be playing a show with them June 7th before they head east to Tennessee for the Roo. If they’re good enough for Puj then they are good enough for us. Check out the video of their live studio performance of “Give My Lovin’ A Try” to get a feel for why they earned their spot in the line-up with a limited body of work under their belt. There was never a better time than now to get on board with a band that is already generating waves from LA to TN. Out hipster your hipster friends, and download all their shit right now, it’s available mostly for free.

LISTEN | “Too Many Lies”