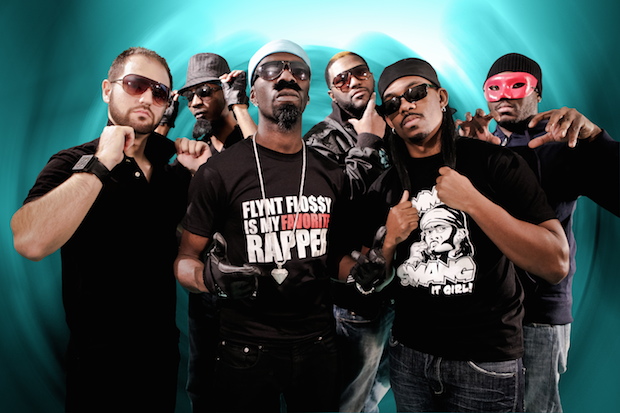 Mercy Lounge hosts some of Nashville’s best shows, and sister room The High Watt brings in some serious comedy talent. Those worlds will collide when hip hop/R&B/comedy sensations Turquoise Jeep come to Mercy Lounge on tomorrow, May 10. They’re bringing along electro-pop duo Yip Deceiver and Knoxville’s LiL iFFy to make for an unstoppably dancey night.

Hit the jump for a full show preview!

From YouTube to the stage, Turquoise Jeep are pure entertainment. Starting with 2010’s “Lemme Smang It,” Turquoise Jeep continue to pump out equally catchy and hilarious tracks. While their videos use a low budget approach for additional laughs, Jeep’s live show doesn’t hold anything back. Expect a maximum energy set with viral sensations pumped up into absolute bangers. Check out their latest single, “Return the Favor,” below. Fair warning, it’s a bit NSFW, but you’d rather watch it than file another TPS report anyway.

Among fresh stage moves, dual vocals, and trade offs between the mic and keys, we suspect Yip Deceiver would look like a dancing tornado if sped up 5x on video. But seriously, you creative types should come out and make that a reality. Since we last caught them, Yip Deceiver got silly at SXSW and released a new video for one of our favorite tracks, “Presets.” Turquoise Jeep’s own Real Flint Flossy sat in the director’s chair for this one. It’s got some crazy lighting and A-Ha inspiration mixed in there.

MTV-U calls LiL iFFy “the greatest wizard rapper alive.” No confirmation from Hogwarts yet, but that seems to be the case. With two albums out, 2012’s Wand Ambition and 2013’s Wand Out, iFFy seems to have his fair share of spells. Listen to him rap about apparating n shit in the video for “Sorted Affair.”

Turquoise Jeep, Yip Deceiver and LiL iFFy will perform Saturday, May 10, at Mercy Lounge. The show is 18+, begins at 9 PM (doors at 8), and tickets are available for $15.

Stream Conor Oberst's New Album Early, Ahead of His June 6 Show at The Ryman