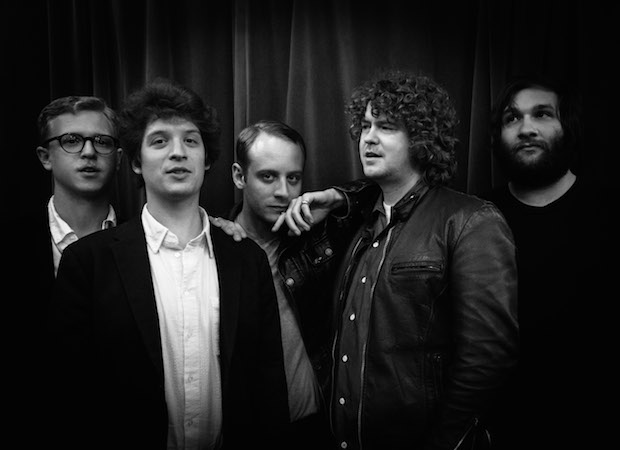 Bands like Deer Tick got us to pay attention to the newest crop of “under the radar” bands many years ago now.  Of course, Deer Tick is no longer under the radar, and, with the plethora of media outlets and publicists today, we often find ourselves looking under rocks, brush piles, and automobiles for the next great bands.  Regardless, it doesn’t mean that we don’t break away from our computer’s chains when one of our favorites roll through town.

Check in with the latest on Deer Tick as well as openers Steelism and Adia Victoria after the jump, and grab those tickets for the show tonight at Mercy Lounge right here.

We’ve been driving the Deer Tick train over here since their 2007 debut LP War Elephant.  We’ve seen them maybe a dozen times now, and even saw them in consecutive nights in San Francisco and Los Angeles by lucky happen stance.  So, here we are seven years later and a lot has happened, front man John McCauley moved to Nashville for a minute, started the Diamond Rugs side project, dated a Darlin’, married a pop star, and now we’re now celebrating the 5th full length from Deer Tick titled Negativity that released on Partisan last September.  The new record is more of the same beer soaked, country tinged, alternative rock that we’ve grown to love from Deer Tick, but the lyrics are a mature and personal introspection through the struggles in McCauley’s recent life.  Don’t let that get you down though, because this show will definitely be an all out party.

We’ve been digging on Steelism and their subtle, unlikely takeover of Nashville these days.  The bands intoxicating hooks and downright nasty grooves will snatch the attention of most any concert goer, despite the lack of lyrics.  We’ve seen them open for some pretty big frontmen of recent (like Paul Janeway of St. Paul & The Broken Bones), but they have managed to reel the crowd in with each sun splashed hook filled song.  Make it a point to get there in time to check them out, if you haven’t already.

We’ve had the opportunity to catch Adia Victoria’s soulful throw back bluesy voice a few times live now, and it is well worth you grabbing earlier dinner reservations tonight.  She’s in the process of recording her debut full length now, and has remained adept at somehow keeping her music off of the internet.  So, you’ll just have to trust us on this one.