Celebrated singer, author, and former Smiths frontman Morrissey is set to perform May 28 at The Ryman Auditorium with Kristeen Young, and, as of writing, there are very few tickets still available (only around 50, from the looks of it). We first told you about his upcoming tenth album (and first in five years), World Peace Is None of Your Business, back in March, then, last month, unveiled its tracklisting. Now we’re back with a bit more World Peace information, albeit unconfirmed. Morrissey is very selective in how he announces things, and, often, it’s hard to tell official from fabricated until an actual release.

What we do know for sure is that the record will arrive in July through Harvest Records, and was produced by Joe Chiccarelli in France. After the jump, take a look at what might be its official art and release schedule for three promotional singles, the first of which is scheduled to arrive next week. 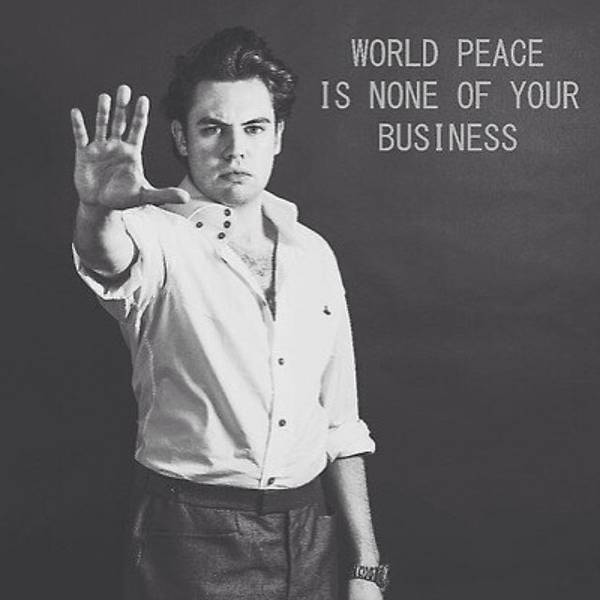