SuperJams are a Bonnaroo tradition, and, especially in recent years, have grown to become not only a staple, but a highlight of the fest. Generally centered around a group of artists with some sort of stylistic or thematic link (jam, hip hop, bluegrass, etc), SuperJams are a way to bring an eclectic and jaw-dropping group of artists together, typically late at night, to jam, experiment, and to see where the moment takes them. Even when the lineups are announced, there are always more surprises, and the only way to get the full-on experience is in person. Think of it like Bonnaroo watercolor talk, and you don’t want to be the one left out the following morning. This year will once again include three different Jams: a more traditionally, jam-band heavy lineup (led by Derek Trucks and formerly listed as “?”), a returning Ed Helms-led bluegrass jam, and new Skrillex-led EDM and hip hop-heavy SuperJam (following last year’s epic hip hop SuperJam). After the jump, peep all three lineups! 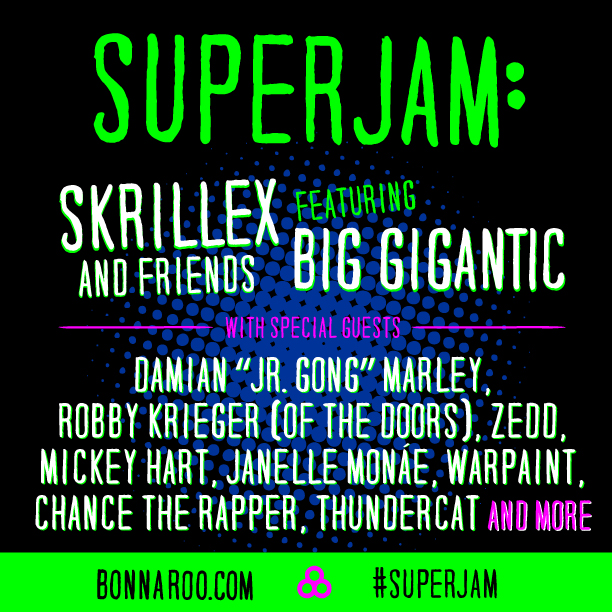 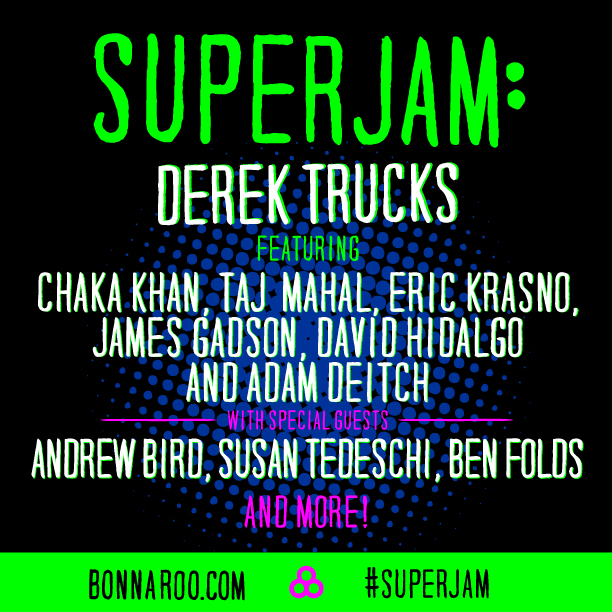 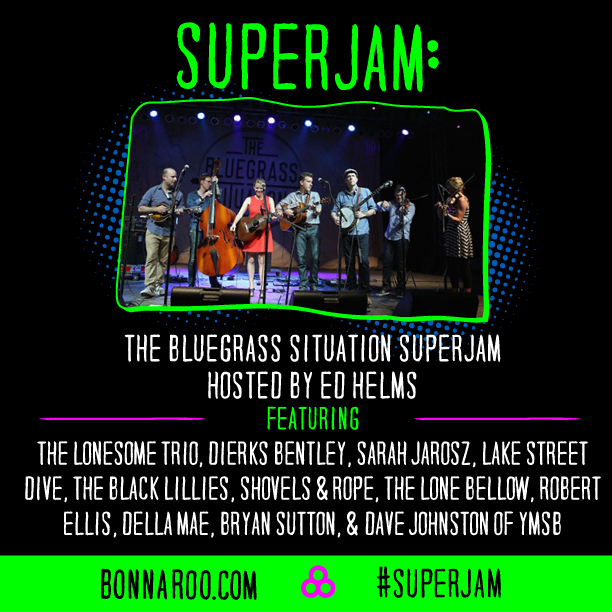