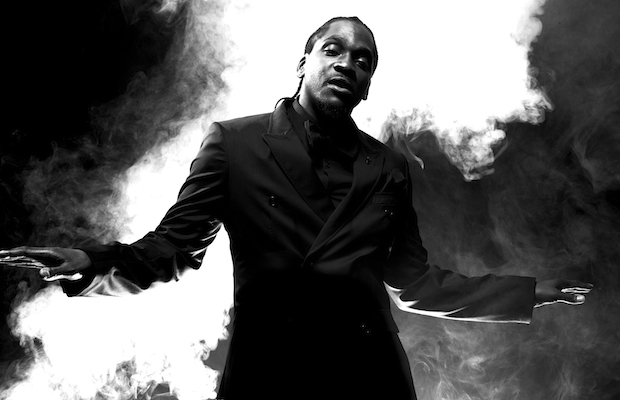 Though he first rose to prominence in the early ’00s as one half of Virginia Beach hip hop duo Clipse, rapper Pusha T broke out in a big way as a solo artist last year with his fantastic full-length debut, My Name Is My Name. Born Terrance Thornton, Pusha was birthed in The Bronx but grew up in Virginia, forming Clipse at a young age with his brother, No Malice, and finding early help and encouragement from fellow coastal Virginia native Pharell Williams. Since taking a break from Clipse in ’09, Pusha has found help from another hip hop superstar: Kanye West.  After signing to West’s GOOD Music label in 2010, the rapper nabbed high-profile guest spots on My Beautiful Dark Twisted Fantasy, GOOD Music collaboration effort Cruel Summer, and on countless other buzzy singles.

Leading up to the critically-acclaimed My Name Is My Name, Pusha dropped two fantastic mixtapes and an EP, with a sophomore effort, King Push, currently in the works. While not as ambitious as Kanye, Pusha raps with a similar flow, balancing street smarts and witty lyricism and employing the use of big, sweeping hooks laced (but not overpowered) with pop accessibility. The MC makes HUGE use of guest stars, but is skilled enough to stand on his own, a feat he’ll most likely have to do when he takes the stage for a late night, first night performance this summer at ‘Roo. Given the timing, however, we wouldn’t be surprised to see him show up the following evening during ‘Ye’s set.