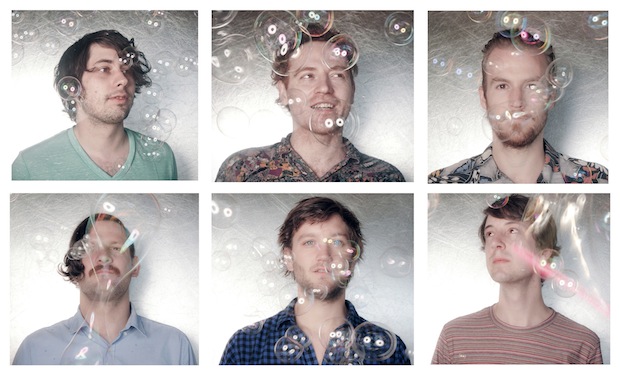 Ready for some late Easter goodies? Winnipeg band, Royal Canoe just premiered a new video for “Button Fumbla”. The video envisions an environment with a Laser Quest spin on Superman’s “Fortress of Solitude”, and provides a trippy backdrop to highlight the feel of a live Royal Canoe performance. The genre-bending six piece is now touring through the US, and will be rolling into Nashville with the English indie-rock band, Bombay Bicycle Club, on May 14th at Exit/In (not to mention an upcoming appearance at Bonnaroo).

Last year, Royal Canoe released their first full album Today We’re Believers; 12 groovy tracks with “Button Fumbla” smack in the middle at #6. We’re really digging what our northern neighbors are dishing out, and, with the opener being Bombay Bicycle Club, the May show is going to be so mind-blowingly radical. Go ahead and grab your tickets for the Exit/In show, and check out that cool new video after the jump.