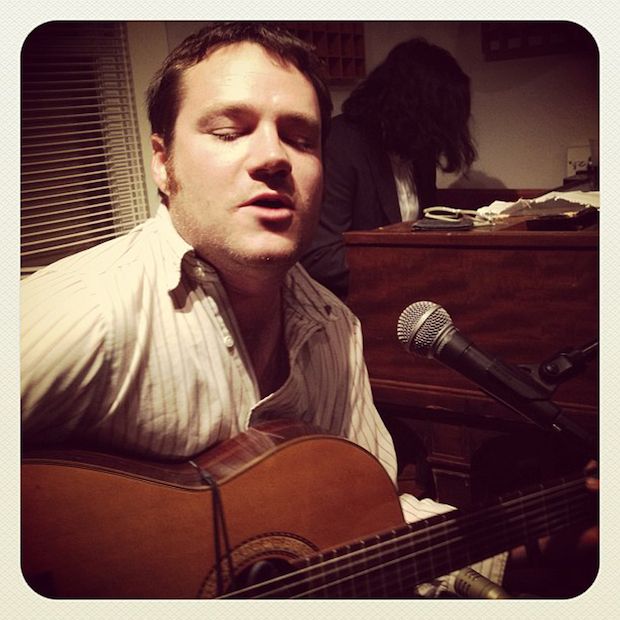 Riverside Village Record (& Curiosities) Shop, Fond Object swings for the fences again tonight with an intimate performance from one of the more influential songwriters of the past decade, Greg Ashley.  You may know Ashley as the front man from psych rockers The Gris Gris, or his previous projects, like garage punk band The Strate Coats or previous psych rock project The Mirrors.  However, Ashley has also released a number of solo efforts, and that is what we’ll be celebrating this evening.   Each release has a slightly different feel from an almost spaghetti western soundtrack to a surely-lost Elliot Smith album to something more akin to the best of beer soaked Diamond Rugs.  Tonight’s show is in celebration of Another Generation Of Slaves which was released in February on Trouble in Mind.

Things get started tonight at Fond Object around 7pm.  It’ll cost you about $5, and is BYOB!  In the meantime, you can check out a new Greg Ashley track “Awkard Affections” below, and you can listen to some back catalogue at his Bandcamp page.