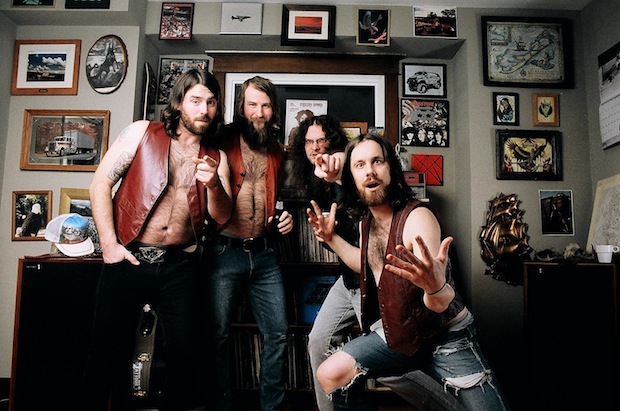 If somehow Soundgarden and Megadeath got together and had an illegitimate Canadian love child, it would grow up to sound just like Monster Truck. The pure rock backdrop and ballad vocals are pure ecstasy to the ears of grunge era fanatics, and, simultaneously, the perfect tunes for listeners who just love to, well, you know, rock. They formed in Hamilton, Ontario and immediately started making a name for themselves for their energetic and heartfelt live performances. In 2013, they won the Juno award (basically Canadian Grammy) for Breakthrough Group of the Year thanks to Furiosity, their debut full-length release.

So from the get go, they knew their countrymen were digging their sound, and it would seem Universal Records digs it as well because they picked up the US distribution rights. Now Monster Truck is ready to crush ear drums and melt skulls in the good ol’ U.S. of A! This is yet another band poised to blow up big who you NEED to get familiar with sooner than later. If you’ve been reading these posts thean you know there a lot of bands at Roo to take in but that’s the beauty of Bonnaroo; you go to see the bands you already know and love, and fall in love new ones along the way and unlike most marriages our relationships with music never have to be monogamous.