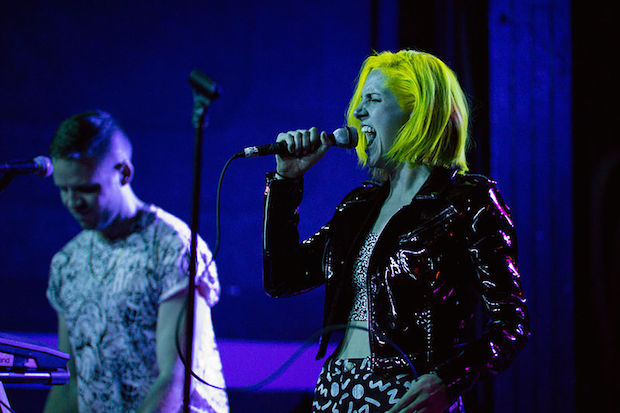 New York based MS MR aren’t your typical indie pop duo, they’re vocalists, producers, record label owners, and indie music darlings.  They first hit the scene with their early 10’s singles “Hurricane” and “Fantasy”, with the former appearing on their debut 2012 EP Candy Bar Creep Show.  Both appeared on their debut full length, Secondhand Rapture, in 2013, and since that release these pop darlings are getting in front of more and more fans.

They are hitting the festival circuit hard this summer, and are still wandering around the west coast as of this writing after their first Coachella appearance.  If your a fan of well crafted pop tunes that fall somewhere in the spectrum between the catchiness of HAIM and the darkness of Lana Del Rey, then MS MR should be on your to see list at the farm this summer.