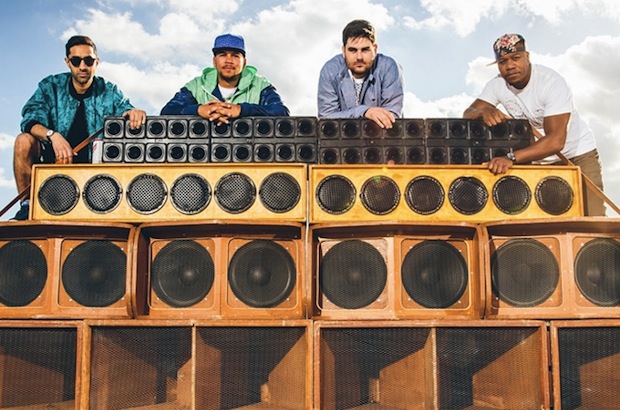 Sometimes it’s hard for us to believe that there are thriving music scenes we know nothing about raging outside the US boarders, but it does happen… often. Take Rudimental for example, a PLATINUM (in the UK) electronica quartet from Great Britain who we’re willing to bet most of you have never heard of. Their first album Home (2013) debuted at number one across the pound, and they have yet to look back or even attempt to slow down. They’ve continued to put out top singles on their native charts, but now have their sights set on US markets. What better way to introduce one selves than to play the Roo?

Their YouTube videos have surpassed the 10 million views threshold, so you know they’ll grab your attention. Their style is more drum and bass mixed with liquid funk than dub step but we think they have cross-over appeal. Take note all you bass-heads and Skrillex fans, and definitely give these guys a long look/listen. Maybe it’s typical American ego to think our shit is always the best, but sometimes we are bound to miss out on the hot, new, whatever coming from abroad. Don’t wait to hop on the Rudimental band wagon after they blow up even bigger, grab a set this June.